If 2020 was the year of the virus, 2021 could be the year the world started to reprioritise. Two ongoing catastrophes continue to touch all aspects of business: Covid-19 and global warming. While richer nations have established their “new normal” as a supposed victory over coronavirus, less wealthy areas continued to fight against both challenges.

Next year, solving both of these crises will lead to decisive action for the industry. For the power industry, 2022 could prove to be the point of no return.

Stronger international policies against coal in 2022

Anyone with an eye on the science has helped to pull the energy industry toward greener generation for years. In 2022, as this pull tires, the energy transition will instead receive a push from the expense and inefficiency of modern fossil fuels.

The Glasgow Climate Conference put the international forces behind power generation on full display for two weeks in November. The end results gave mixed results, with most agreements merely formalising a process that had already begun. However, the concessions made at COP26 give some well-defined targets for power generation at COP27 in November 2022. 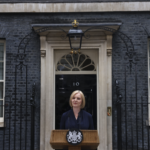 The last-minute, well-publicised changes that weakened an otherwise-unanimous resolution against coal power generation seemed like a win for India, China, and pollution at the time. However, the nature of the change and those upset by the concession will means that this fight has not finished. Expect COP27 delegates to take aim at coal from the beginning, and then using momentum from this to push further against specific fossil fuels.

Almost every country now has a national net-zero target. The next stage of decarbonisation comes from improving upon these.

This may begin in Germany, where the incoming government aims to speed up the closing of the country’s coal plants. Australia’s relatively weak, non-binding net-zero target has greater support among the nation than from government. This government remains on course for defeat in next year’s general election, with almost all other parties showing more passion for decarbonisation. A strengthening of carbon targets seems likely in 2022, but stranger things have happened in Australian politics.

With every passing year and climate conference, the energy transition continues and the case for maintaining fossil fuel industries weakens. In turn, this makes action against fossil fuels easier, hastening their decline.

In 2021, the G20 group of nations pledged to end international financing for coal projects. This followed more immediate commitments by China, and preceded smaller commitments by the US. These announcements leave domestic coal construction unaffected, but in a globalised system, everything connects to and influences everything else.

The coal construction pipeline has started its death spiral, with 82% of pre-construction projects planned in only six countries. These include the industrial powers of India and China, but trade disputes and supply issues have made the market expensive and even more inefficient.

Eventually, market forces irreversibly tip toward renewables. Arguably, this happened in 2020, as pandemic disruption shocked fossil fuel markets, while renewables continued their steady price drop. This would have drawn the eyes of investors, if the pandemic had not offered its own distraction.

Allowing for vaccination, adaptation, thinking time, and project lag, 2022 will start to show some of the long-term consequences of 2020’s market upheaval. Expect to see the cancellation of previously postponed projects, and ever-greater, more meaningful investment in renewables from international fossil fuel companies.

In 2021, the vaccination question had an easy answer. The deeply uneven distribution of vaccines has made implementing a uniform vaccination policy across a global workforce unworkably difficult. In 2022, as vaccines become more evenly distributed, multinational power companies will need to make a choice. Should businesses continue to employ unvaccinated workers, especially in close-quarters work such as in offshore installations?

While making vaccination mandatory will be an unpopular measure, at least one large business will try. Nationally-controlled oil companies seem a realistic early adopter, but more-accountable large businesses will find subject at the centre of fierce debate.

After two years of the pandemic, this decision seems to be the most challenging direct consequence of Covid-19. Most other aspects of trading have mostly adapted to the “new normal”, but as with the ongoing concern over the Omicron variant, expect as least one new variant of concern in 2022.

Before now, renewable energy projects came from a desire to decarbonise, innovate, or present a greener face to the public. In 2022, they will come from the everyday desire for greater generation.

The disincentivisation of polluting power has increased from all corners over the past year. Fossil fuel investments have become increasingly unviable in the West, risky in the East and Middle East, and unwise in Africa and Latin America. With an absence of new renewable incentives, the energy transition in 2022 will be driven from the other direction.

The first wave of renewable incentive schemes aimed to encourage early adopters and start research and development to make technologies more affordable. Many of these schemes no longer match the priorities of their implementors, and countries must now design a comprehensive power generation structure with long-term viability in mind. The initial fight for adoption is won, and in 2022, the second battle for power will begin.

In Europe and the US, solar plants and rooftop installations have begun life after feed-in tariffs. Previously lucrative feed-in deals have driven some schemes to the brink of collapse, but their removal threatens to hurt early adopters.

At the same time, some projects have built this into their plans and have profited as a result. In 2022, this will become the normal in some areas, while others will attempt to learn from the model.

The most surprising stories of 2021 came from the boardrooms of the least green companies. In May, activist shareholder group Engine No 1 defeated ExxonMobil’s board to install three people of its choice as board members.

Already, similar movements have aimed to use shareholder power to revolutionise some of the largest energy companies. Later this year, both Germany’s RWE and the UK’s SSE faced calls from explicitly activist investors to break up their companies to allow greater renewable investment.

This type of shareholder activism remains mostly untested outside of fossil fuel companies, which have faced consistent calls for greater accountability from groups such as Follow This for years. But now activists have tasted success, expect shareholder climate resolutions to grow in strength and number in 2022.

The largest blow for an oil company came from a ruling in Dutch courts that Shell must fully decarbonise by 2050. While this remains under appeal, it has again given weight to similar campaigns, and the ruling has contributed to Shell’s campaign to move its headquarters to the UK. However, the ongoing controversy over potential new drilling leases may soon see the country turn more firmly against oil.

OPEC and gas prices push for power in 2022

In the past six months, rising gas and energy prices have pushed governments to accept expensive energy deals across Eastern Europe, forced utilities out of business in the UK and Europe, and caused more polluting power plants to increase their operations. Russia and OPEC have benefitted from the scenario, but it cannot last forever.

Lawmakers across central and eastern Europe spent much of the last year tangling with the issues surrounding Russia’s Nord Stream 2 gas pipeline. In 2022, the pipeline could be an equal source of gas and problems for Eastern Europe. The pipeline makes landfall in Germany, where a more critical government has recently taken power, and in both central and eastern Europe, worries about energy independence have started to drive the transition towards renewables.

In 2022, European leaders will attempt to minimise gas use where possible, aiming to maintain stability and solidarity across the continent. However, to do this, they must first get though winter, and the inflating carbon markets that will drive power generation towards renewables.

Global high prices for gas have benefitted Russia, its OPEC allies, and to a lesser extent the US. The last of these has seen political backlash from high oil prices, intentionally maintained by OPEC, causing it to co-ordinate a release from global oil stockpiles.

High fossil fuel prices benefit oil-producing countries, but also push consumers away from oil, inadvertently benefitting the energy transition. While OPEC reaps the rewards of high prices now, it comes at the expense of future earnings. Electric car adoption in Europe and the US lags far behind adoption in Asia, but the meeting of energy policies and geopolitics seem likely to change this from 2022.

Expect President Biden to increase the US’ electric car production, touting it as a win for jobs from the transition. European companies including oil major Total, announced large projects to install car charging infrastructure in 2021. The resulting electric car revolution will take longer than 12 months, but its roots will lie in 2022.

A change in narrative around the energy transition may not seem to be particularly impactful, but it shapes the thinking of investors, planners, and governments. As oil companies move towards renewables, as public opinion starts welcoming ever-larger renewable developments, and as countries seek greater energy independence, the originally tentative steps towards green power generation become firmer.

Now, renewables are not “alternative energy”, they are energy. Next year will see climate-conscious investors match their pledges with their funding, making polluting projects seem comparatively risky and unattractive.