With the UK determined to put in place a fossil fuel vehicle ban in an attempt to turn the objectives from the Paris Agreement into reality, the country will now have to consider how to best provide support to UK businesses and drivers to ease the transition. From guaranteeing the sufficient availability of electric chargers to offering benefits for electric vehicle (EV) drivers, we look into what can be done to make the full transition possible by 2035.

Despite the rising popularity of EVs, not all drivers are convinced that electric cars are as efficient and reliable as fossil fuel cars. JLR Essex, a car centre, has recently produced an infographic, “Is the UK ready for electric vehicles”, demonstrating the findings of research which shows that the majority of UK citizens are keen to move forward with renewable energy and accept changes, but only 49% of them would consider purchasing an electric car.

The JLR Essex study also showed however that only 14% of UK drivers use the motorway often, while 54% travel under 30 miles in a day, showing that EVs are a viable alternative for the majority of UK drivers. This demonstrates the need for the UK Government to better educate drivers, and raise awareness over the benefits of owning an electric car.

To speed up the rollout of EVs, the government needs to dedicate a significant share of funding to necessary infrastructure that would make the transition possible. 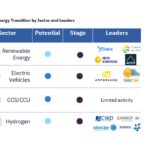 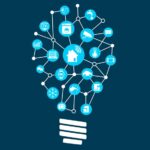 As the number of EVs on the British roads is yet to grow, Wolf Ketter, professor of information systems for sustainability, at the University of Cologne, Germany, sees the current lack of electric car chargers as a chicken and the egg situation. He explains: “people say ‘oh, I can’t buy an electric vehicle because there’s not enough chargers’”, while companies which maintain and operate charging stations have to work off the numbers of EVs currently used to estimate the need. Building too much capacity, too soon, is a financial risk for companies, especially startups. That risk should be shouldered by the government if they wish to hit their own targets.

Commenting in advance of the UK EV Energy Taskforce report launched in January 2020, Fintan Slye, director of National Grid ESO, said that there will be around 35 million EVs on UK roads by 2050, which will require a significant amount of charging infrastructure. The mayor of London, Sadiq Khan, has also said in a statement that, as there are currently 2,100 public plug-in points at 1,200 locations in London, the city’s infrastructure will need to expand by more than 2,300% between 2020 and 2026 to cope with the increasing number of electric cars.

The number of EV chargers, as well as parking arrangements and amendments that need to be put in place, will undoubtedly require a carefully-crafted strategy from the government, in collaboration with the transport industry.

The predominant use of lithium-ion batteries and the waste that their frequent change results in is one of the more serious problems the industry has to focus on resolving.

Some substantial assistance and funding has to be provided by the government in order to support proper handling of battery waste and assist recycling, by building facilities where materials will be stored and re-used for the making of new batteries. As one of the more expensive components of the car, effective recycling could bring down costs.

The government’s current targets for 2035 also include having battery packs that last 15 years (compared to eight years currently) and are 95% recyclable.

With EVs often coming with a hefty price tag, the industry has to find ways to reward the nation for choosing a more expensive, but environmentally-conscious means of transport.

While Ketter believes there is motivation among the millennial generation to act up and transition to renewable vehicles just for the climate’s sake, “the other part of the population responds to incentives,” he says.

Neil Hutchinson, director of JLR Essex, also believes that several financial incentives for drivers of EVs would certainly give EV drivers a motive to choose the pricier car. Specifically, he suggests similar provisions to those in Norway – less road tax, lower import costs, free parking in cities, as well as access to bus lanes .

“Not only are electric vehicles the eco-friendlier option in Norway, but they are also much cheaper to purchase and operate than fossil-fuelled vehicles,” Hutchinson adds.

Since an EV revolution will increase demand for electricity from the national grid, the country might end up suffering from power shortages in peak times. For this reason, a crucial step that could prevent it from happening is the opportunity for electric car owners to sell electricity back to the energy grid. According to Hutchinson, this will make people less reliant on energy from the National Grid and will work as an additional form of compensation to drivers.

While homeowners whose panels generate their own electricity are currently able to sell energy back to the grid, this option is yet to be developed for EV infrastructure. Acting on it could open new horizons for both drivers and energy regulators.

On a different note, Ketter’s current research is focussed on the use of AI, machine learning in EVs, and smart charging infrastructure in order to study consumers’ habits with a view to cutting down costs. When it comes to balancing the grid and utilising technology for drivers’ benefit, Ketter says that, especially in cases when people would come back from work at the same time and start charging their vehicles simultaneously, “with the help of intelligence the charging of EVs can be scheduled in such a way to prevent overloading the system.”