“The pulse of 1.5°C remains weak.” Those were the sobering words of COP26 president Alok Sharma as leading figures from the private, public and third-sector spheres amassed to kick-start London Climate Action Week in late June. The opening session of Europe’s largest independent climate change event posed the question: ‘Are Glasgow’s promises being delivered?’ And despite understandable attempts to look at the glass half full, even the likes of Sharma struggled to paint over the reality that the half-year since COP26 has gone far from smoothly. Progress since COP26 has been modest, at best.

In the run-up to the November 2021 climate conference, the UK Government hammered home the soundbite, “cash, coal, cars and trees to keep the world to 1.5 degrees”, to emphasise the conference’s focal points. However, a look at each area seven months on and it is hard to see much progress since COP26 – even if the Covid-19 pandemic and the war in Ukraine serve as obvious reasons as to why.

First, cash. It is now a well-known fact that developed countries failed to make good on their 2009 promise to provide $100bn of climate finance a year to their developing counterparts by 2020. COP26 saw “deep regret” at not getting there and a new effort to get there by 2025. However, in the months since Glasgow, there has been little evidence of those funding levels increasing. In parallel, the private sector was meant to play a more prominent role, as evidenced by the fanfare surrounding the launch of the Glasgow Financial Alliance for Net Zero by UN Climate Envoy Mark Carney – but again, proof of progress since COP26 remains scant. In fact, investors have been pouring more money into the booming fossil fuel sector than its ailing clean-tech competitor.

Second, the coal “phase-out” was a clear focus of Glasgow – despite eventually being watered down to “phase-down”, much to Sharma’s dismay. However, there has since been more of a “phase-up” in the use of coal-fired power, first as the Covid recovery accelerated and more recently as the war in Ukraine has seen countries delay their coal phase-outs – and even reopen shuttered coal plants – in a desperate bid to replace Russian gas. According to BP’s annual energy review, coal consumption increased in the past year in Europe and North America after almost ten years of decline, leading to a 5.7% global increase in emissions from energy use. 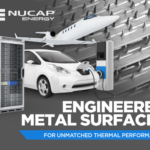 In respect to cars, although electric vehicle (EV) sales doubled in key markets last year, supply chain disruptions caused by the pandemic and the war in Ukraine have scuppered progress over 2022. Germany’s Volkswagen recently announced it had sold out of EVs for the US and EU markets until the end of the year, with manufacturers struggling with rising costs and the restricted supply of components such as microchips.

COP26 was also meant to be a breakthrough moment in the fight against deforestation, but in recent months, levels of deforestation in the Amazon – particularly in Brazil – have broken new records. Evidence of widespread illegal logging emerging from the Congo – one of the world's largest remaining rainforests – has cast yet further doubt over the efficacy of the forests deal struck in Glasgow. Meanwhile, the UN’s key biodiversity conference, meant to be held in the Chinese city of Kunming in 2020, has been repeatedly delayed as China struggles to contain the resurgence of Covid.

On 27 June, Sharma was understandably at pains to evidence some of the progress that has taken place since COP26. He pointed to the 13 new nationally determined contributions (NDCs), including from Australia, that have since been brought forward, as well as “statements made by countries looking to actively revisit their NDCs” at a Ministerial Meeting on Implementation in Copenhagen in May. Seven countries also committed to revisit their emissions reductions targets at the recent virtual Major Economies Forum on Energy and Climate. There are now 51 long-term strategies submitted to the United Nations Framework Convention on Climate Change (UNFCCC), “including a number since Glasgow”, and more than two and a half billion people are now covered by adaptation plans, said Sharma.

“If I was going to sum all of this up, I would say the scorecard for the Glasgow Climate Pact reads: some progress made but, frankly, a lot more to do,” Sharma admitted. He called on every country to revisit and strengthen its NDC and submit a long-term strategy, particularly G20 nations responsible for 80% of global emissions, “not at some vague point in the future but by the UNFCCC’s deadline of 23 September [2022].”

He stressed the urgent need for further progress on delivering the $100bn of climate finance a year, on the commitment to double adaptation finance to $40bn by 2025, and on the dialogue between developed and developing nations surrounding loss and damage. “This may sound like really a rather large programme of work but, frankly, it is what we agreed on delivering in Glasgow. Now, looking ahead to COP27 and beyond, we need to see faster progress on mobilising the trillions of dollars needed to put the world on a more sustainable footing.”

For Neliswa Hare, campaign manager and business engagement lead at the UN-backed Race to Resilience campaign, the main positives to come out of Glasgow have been the “greater clarity that non-state actors have to move from commitments to action” as well as the fact that “adaptation is now being talked about more broadly and on par with mitigation”. As an example of progress since COP26, she points to the recent commitment from the likes of AXA to invest $500m into ocean nature-based solutions aimed at improving resilience for 250 million people in coastal areas around the world.

However, former UN Secretary-General Ban Ki-moon told the audience at the London Climate Action Week opening that financial commitments to adaptation are, in fact, “currently lacking”.

“We need action on adaptation, and we need it now,” he said.

He pointed out that one of the most vulnerable groups affected by climate change are the five million smallholder farmers across the globe. “They are bearing the brunt of climate change but do not have the capacities needed to adapt,” he said.

The current food shortages in the Global South, exacerbated by the war in Ukraine, have shown how important it is to support smallholder farmers, said Ki-moon, and if the world does not build resilience in smallholder farming now, there is likely to be a 30% decline in agricultural production by 2050 – concomitant with a 50% rise in food demand. Ki-moon asserted that $1.8tn spent on adaptation would save more than $7.1tn in climate-related costs, “preventing further poverty and hardship while increasing global food security”.

A 2021 report by the Global Center on Adaptation suggested that by 2050 climate adaptation needs could reach $500bn per year for developing countries. That is for a future where global temperature rise is limited to 2°C. The estimate is light years away from the $30bn of funds for climate adaptation and resilience that was raised in 2018, according to UN Environment Programme data.

@OllieGordon88
Correspondent Oliver Gordon is a sustainability-focused multimedia journalist based in London. He has previously worked for Struggles From Below, Uxolo Development Finance, Proximo Infra, TXF News, City AM and Euromoney.
SUBSCRIBED