The impact of Covid-19 is felt everywhere. Even in remote and isolated locations, the far-flung facilities of the oil and gas industry have not been impervious to Covid’s effects on the world economy. But while it’s clear a pandemic can have an effect on oil prices, there are other problems facing the fossil fuel business. In response, Big Oil is deploying artificial intelligence, digitalisation through edge and cloud computing, and – increasingly – digital twin technology.

There are many ways to build a digital twin. As GlobalData’s recent thematic report on digital twins in oil and gas (O&G) states: “there is no single template, solution, or indeed platform that will magically create digital twins” and there is no specific technology needed to build one.

A digital twin is tech designed to optimise and protect the physical environment. This is done through real-time analytics and the use of simulations and visualisations. Digital twins also reduce operating costs and extend equipment life through troubleshooting and predictive maintenance, as made possible by data model forecasts. While the actual number of dedicated deals centred on digital twins remains small for now, the technology can be found not just in oil and gas (O&G) but sectors such as healthcare, automotive, construction and defence.

“In the oil and gas industries, devices can be connected to smart sensors and meters that collect valuable data and information for smart energy management,” explains Giuseppe Surace, chief product and marketing officer at Eurotech. 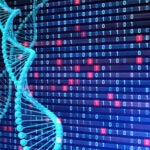 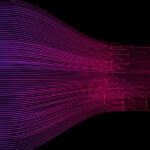 “Internet of Things (IoT) allows remote access to these networks, enabling smart grids, power distribution infrastructures, and metering. Digital twins are being used in the industry to make the process smarter and to help companies understand how processes and systems react to changing situations.”

The use of digital twins in O&G comes after a massive revenue slump for the sector. As GlobalData analysts reported in their recent review of industry contracts, the number of global oil and gas contracts decreased by 28% between 2019 and 2020.

While Covid-19 contributed to the drop, the biggest cause was the shortage of easily available resources. But a tech solution has been discovered for this problem by the Russian national oil company Gazprom.

Gazprom Neft, Gazprom’s oil-focused subsidiary, harnessed the power of digital twins in 2018 to make the first ever digital model of the Achimovsky strata, a subsurface formation in Western Siberia. The strata are estimated to hold vast deposits of hydrocarbons, many of which are classified as “hard-to-recover”. The new digital twin comprising of integrated maps and well data has helped Gazprom identify around ten potentially large discoveries, with resource potential in excess of 34 billion tonnes.

Gazprom Neft harnessed the power of digital twins to make the first ever digital model of the Achimovsky strata, a subsurface formation in Western Siberia.

Last year it was reported that initial production from a single well in the strata currently stands at 300 tonnes per day, three times higher than forecast. The company now expects to produce seven million tonnes worth of oil from the Achimovsky reserves by 2025, and has already produced other digital field twins as recently as February.

Gazprom’s manoeuvres make sense considering the operational phase of industry projects accounts for around 75 percent of all costs. As GlobalData notes, even a 10 percent reduction in operational expenses (OPEX) could result in savings worth millions of dollars over a project’s lifetime.

"Those who understand the operational aspects of an asset can quickly identify the source location and its relation to everything else around it. Using real-time data from connected sensors on the physical asset, digital twins evolve using machine learning and simulation, and allow users to see what’s happening with the physical asset in the here and now, and make data-based predictions for the future," adds Surace.

In this way digital twins have helped Norwegian oil major Equinor save 30 percent and 50 percent in CAPEX and OPEX respectively. The company’s Echo digital twin solution enables an interface hosting essential information for all involved in project development and operations, improving collaboration in each phase. This data includes design, construction, operation, maintenance and supplementary functions such as logistics and finance.

Echo also supports augmented reality (AR) for personnel to review 3D visualisation of facilities in real-time. Such tools can greatly support the training of new personnel and help them familiarise themselves with the surroundings before going offshore, all though using Hololens headsets.

The system also aids in reducing potential errors and delays by providing up-to-date information in real-time. Finally, Echo future-proofs Equinor facilities by providing for the incorporation of future modifications to the project design. This flexibility in the interface can assist in the efficient planning and execution of inspection and maintenance activities. In some cases, such efficiency can even extend the life cycle of facilities.

Digital twin makers Akselos have proven this with predictive digital twins across a range of oil and gas facilities. In the Southern North Sea, the company has worked with Shell to extend the life of the half century-old Royal Dutch Shell platform by a further 20 years. This was done through optimised asset inspection and enhanced monitoring.

In the Southern North Sea, Akselos has worked with Shell to extend the life of the half century-old Royal Dutch Shell platform by a further 20 years.

"Through modelling an entire structure in the highest detail, asset potential is unlocked either through life extension or optimization," says Thomas Leurent, CEO at Akselos.

The Royal Dutch Shell digital twin also helped its real-life equivalent by reducing an O&G problem which hits both asset life cycles and the environment: downtime.

A 2016 study by Kimberlite puts the cost of unplanned downtime to the industry as $38 million annually. The cost is even bigger for the environment, with data from the World Bank’s Global Gas Flaring Reduction (GGFR) programme suggesting the equivalent to 270 million tonnes of CO2 emissions is released every year into the atmosphere from gas flaring.

Gas flaring is the combustion of excess product typically released during an unplanned shutdown when a plant experiences over-pressuring. Around 145 billion cubic metres (BCM) of gas is released during gas flaring each year.

Data from the GGFR programme suggests the equivalent to 270 million tonnes of CO2 emissions is released every year into the atmosphere from gas flaring.

By reducing downtime, digital twins can prevent the environmental harm of needless gas flaring while saving money for Big Oil. This benefits the O&G industry as it increasingly aims to offset its effects on the environment. Such efforts are seen as increasingly important against the background of the coming transition to cleaner forms of energy.

But there is a catch in that digital twins can often rely on cloud data to provide all parties with the information they need. Big oil means big data, and cloud computing requires data centres, the running of which requires a lot of energy. Given that a typical oil platform can generate up to 2TB of data every day, running their data centres has an environmental cost, as Leurent tells Verdict. To counteract this cost, Akselos works on algorithmic efficiency, which can achieve operations using "100,000 times less resource" than the equivalent calculation with legacy algorithms, according to Leurent.

"The energy transition is also an opportunity for many mature assets to be repurposed, therefore it is critical asset owners optimize operations today for future life extension.“

On the edge of the world

Another difficulty when it comes to Big Oil's Big Data flow is that many offshore facilities work on satellite communications with sharply limited bandwidth and significant latency.

For Beddis, an obvious solution would be using edge computing as it keeps computation and data storage closer to the location where it is needed.

"By processing data nearer the source with edge networks, simulations can be reliably kept up to date. Combining edge computing with cloud infrastructure ultimately gives you the advantages of decentralised control and real-time data streaming.

"The advent of 5G and IoT devices will go hand in hand with edge and decentralised cloud and definitely allow large systems to be properly represented.”

Matterport's Morris-Manuel adds that while edge computing brings large digital assets such as twins closer to the user, in an O&G context it's a moot point as the user often doesn’t need to load the entire asset all at once before viewing it. Digital twins also help lessen the strain on data.

"Digital twin technology enables assets to be sequentially loaded," as he explains, "making them available in real time, from anywhere. Users can dive right in and quickly access specific areas at high resolution."

Louis-Philippe Lamoureux, senior product manager at AspenTech, suggests that "the future of edge computing is complementary to cloud capabilities.

"The duality will promote an infrastructure risk distribution between the offshore facility and the data center. Running digital twins on the edge will ensure real-time response and resilient execution of a model while the cloud continues its distant global monitoring.”

That such cutting-edge tech is being adopted by the O&G industry is interesting progress. The fossil fuel industry is traditionally not the fastest to adopt connected technologies.

But with the use of digital twins, edge and cloud computing, AR and even artificial intelligence, it's clear a digital revolution is underway in Big Oil, one aiming to clean up its image whilst also keeping its outposts operating for longer in an ever-changing world.