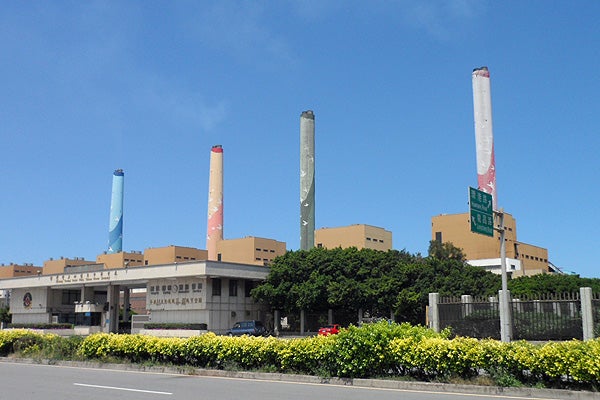 Taichung power plant in Longjing, Taichung, Taiwan, is the world’s biggest thermal power station. It is a coal fired power station with an installed capacity of 5,788MW owned and is operated by the state-owned Taiwan Power Company (Taipower).

The plant, consisting of 10 550MW coal-fired steam turbines and four 72MW gas turbines, began operations in 1992 with the commissioning of four 550MW units.

Cybersecurity hiring levels in the power industry rose in April 2022

The coal-fired steam turbines were supplied by GE and Toshiba, and 70% of the coal used by the plant is sourced from Australia, United States, South Africa and Indonesia under long-term contracts, while the remaining is bought in the spot market.

Shoaiba oil-fired power facility located on the Red Sea coast, around 100km south of Jeddah in Saudi Arabia, is currently the second biggest thermal power plant in the world. The 5,600MW power station is also the biggest in the Middle East.

The Shoaiba power facility is owned and operated by Saudi Electricity Company (SEC). The power station has 14 generating units of 400MW capacity each and was developed in three phases. Construction began in 1998 and the first phase with three generating units was commissioned in 2003. The second and third phases were completed in 2007 and 2012 respectively.

A consortium led by ABB executed phase one, and an Alstom-led consortium executed the next two phases on a turnkey basis. The oil for the power plant is supplied by state-owned oil company Saudi Aramco, while water required for the operations is supplied from a nearby water desalination facility.

Surgut-2 power plant, also known as the Surgutskaya GRES-2, in West-Sibiria, Russia, ranks as the third biggest thermal power plant in the world. The gas-fired power plant has an installed capacity of 5,597.1MW and is owned and operated by the Russian power generation company E.ON Russia.

Surgut-2 consists of six 800MW units commissioned between 1985 and 1988, and two advanced gas-fired combined cycle units with a combined capacity of 797.1MW commissioned in July 2011.

The latest units added to the power station are based on GE 9FA gas turbines and have an efficiency rate of 55.9%. Associated petroleum gas (70%) and natural gas (30%) are used as fuels for the power generation.

Tuoketuo Power Company plans to expand the Tuoketup power station’s installed capacity up to 6,000MW, to make it the biggest thermal power plant in the world.

Belchatów power plant has been operational since 1988 and originally consisted of 12 generating units with a rated capacity of 360MW each. A modernisation programme that was started in 1997 added 120MW, while a further expansion in 2011 added an 858MW supercritical unit to the plant. Alstom was awarded the engineering, procurement, construction and commissioning contract for the plant expansion.

Alstom was also awarded a contract to retrofit six units of the power station in 2012, followed by an additional retrofit contract awarded for one more unit in 2013. The power station’s capacity is expected to reach 5,474MW in 2015 following the completion of the ongoing modernisation programme.

The Kashima Power Station located on Japanese coast, about 50 miles north-east of Tokyo, is an oil and gas-fired thermal power station with 5,204MW of installed capacity, making it the sixth biggest thermal power plant in the world. The power station, owned and operated by Taiwan Electric Power Company (TEPCO), was built between 1971 and 1975.

The power station originally consisted of two 1,000MW turbines and four 600MW turbines supplied by Hitachi, Mitsubishi, Toshiba and GE. The 2011 tsunami disabled four generators at the plant; but the affected units were brought back to operation within two months. Three 268MW gas turbines were installed subsequently at the plant that commenced operations in 2012.

Kashima Power Station was earlier a back-up power plant for TEPCO and has been operating stably even after the Tsunami that destroyed the Fukushima Nuclear power plant. The newly installed combined cycle gas turbine units at the Kashima plant are scheduled to begin operations in 2014.

The first unit of the Futtsu-4 combined cycle power plant based on GE’s 9H gas turbine commenced operations in 2008, and the next two units were commissioned in 2009 and 2010. Fuel for the power station is supplied via an underwater pipeline from the nearby Futtsu LNG terminal which has the capacity to handle nine million tonnes of LNG per annum.

Waigaoqiao Power Station located in the Pudong New Area of Shanghai, China, has an installed capacity of 5,000MW. It is one of the four 5,000MW Chinese coal power plants ranking as one of biggest thermal power plants in the world. Waigaoqiao coal-fired power plant is owned and operated by Shanghai Electric Power Company, a subsidiary of the state-run China Power Investment Corporation (CPIC).

The power station consists of four 300MW sub-critical, two 900MW super critical and two 1,000MW ultra supercritical generating units commissioned in three phases between 1994 and 2008. The supercritical boilers and the turbines/generators for the second phase of the project were supplied by Alstom and Siemens respectively. The ultra supercritical boilers and the turbines / generators for the third phase were manufactured and supplied by Shanghai Electric under license of Alstom and Siemens.

Coal for the Waigaoqiao power station is sourced from the Shenfu Dongshen coal field located in Inner Mongolia. The power station uses water from the nearby Yangtze River. The power output of the plant is fed into the East China power grid via two 500kV transmission lines.

Guodian Beilun power station is located in the Beilun District of Ningbo City in Zhejiang Province, China. It is a coal-fired power plant with an installed capacity of 5,000MW owned and operated by Guodian Zhejiang Beilun Power Generation Company, a subsidiary of the state-owned China Guodian Corporation.

Guodian Beilun power station consists of five 600MW subcritical units and two 1,000MW ultra-supercritical generating units developed in three phases. The Phases 1 and 2 with 1,200MW and 1,800MW capacities respectively were completed in 1996 and 2000. The Phase-3 consisting of two 1,000MW ultra-supercritical units was started in 2006 and completed in 2009.

Guohua Taishan power plant located in Tongguwan, 50km away from the Taishan City in the Guangdong Province, China, is a coal-fired power plant with 5,000MW installed capacity. The power plant is operated by Guangdong Guohua Yuedian Taishan Power Company and uses bituminous coal as fuel.

Philippines is home to three of the 10 biggest geothermal power plant installations in the world, followed by the US and Indonesia with two each, and Italy, Mexico and Iceland with one each.