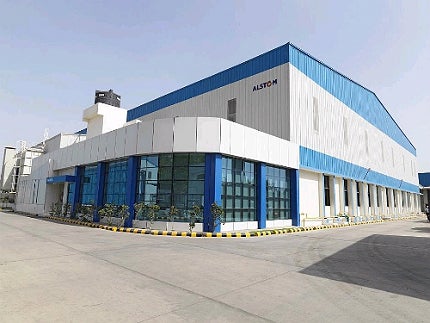 The engineering contract calls for civil, mechanical, electrical and instrumentation and control (I&C) work, process analysis and the integration of other modules into the project.

The contract will see Westinghouse executing those services in a consortium with TRSA and GHESA, the partners of Empresarios Agrupados, that include a revision of the generic design and developing the detailed engineering of the facility’s main buildings.

POSCO E&C will construct an 800MW underground combined cycle power plant (CCPP) in Seoul, South Korea, which is said to be the world’s first underground CCPP.

To be built under the city, the plant will feature two CCPP units of 400MW being built on the site of the Seoul thermal power plant, which was built in 1930 and demolished in 1982.

A POSCO E&C member said the company, in order to place the power generation facilities underground, is required to take around 40,000 x 25t truckloads of earth out of the site to excavate an area of 194m in width and 164m in length, with an average depth of 25m.

Eneco Luchterduinen has officially marked the start of construction of the 129MW Dutch offshore wind farm, by commencing work on the onshore section of an electricity cable at the junction of the Teylingerlaan with the Torenlaan in Voorhout in the municipality of Teylingen.

Located 23km off the coast between Zandvoort and Noordwijk, the project will transport electricity to the shore via a 23km long 150kV underground cable, the onshore section of which (8km-long) will connect the beach of Noordwijk to TenneT’s transformer substation at Sassenheim, ultimately connecting to the national grid.

According to the contract, First Solar will provide engineering, procurement and construction (EPC) services, as well as its cadmium telluride (CdTe) photovoltaic thin-film modules for the plant, with construction set to begin in late 2014, creating 400 local jobs, and commissioning will take place by 2016.

Located on around 2,300 acres of mostly public land provided by the Bureau of Land Management (BLM), around 13 miles north-west of Blythe, the 250MW plant will be a part of the proposed major project, which will have a generating capacity of up to 750MW.

Spanning across 25 to 40 acres in Woodbridge Township on the site of an abandoned chemical plant, the project is expected to be operational in the first quarter of 2016 and will generate enough electricity to power 700,000 homes.