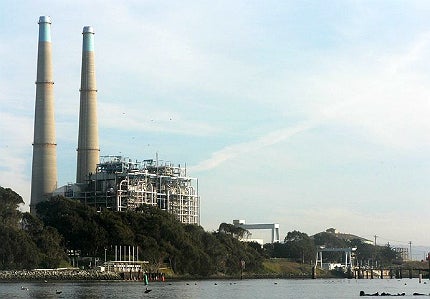 America is getting serious about its power plant greenhouse gas emissions. In September President Barack Obama requested the Environmental Protection Agency (EPA) issue a draft for new carbon standards for all new power plant emissions (it will limit new coal plants to 1,100lb of CO2 emissions per megawatt (MW) hour, as opposed to the current average of 1,800lb). Stricter draft guidelines for existing power plants are also expected in June next year.

These new proposed changes – which are being pushed through despite opposition from the coal industry and some House Republicans – will inevitably leave states looking for a model that will enable them to meet these new targets.

Many believe the US need look no further than the Regional Greenhouse Gas Initiative (RGGI). RGGI is a first-of-its-kind programme in the US, which has seen substantial success in its first three years, hindered only slightly by teething problems.

Now, however, it has revised its programme, so it could serve as a national model for reducing harmful emissions from power plants.

William M. Shobe, director of the Center for Economic & Policy Studies and Professor of Public Policy at the University of Virginia in the US, believes the programme could become a model for the rest of the country and for everyone.

"It depends on what the EPA does with its new green house gas rules, but if the EPA allow states to comply with the new rules by taking part in a RGGI-like programme they may have other states considering joining," he says.

"RGGI is a first-of-its-kind programme in the US, which has seen substantial success in its first three years."

The RGGI programme, which kicked off in 2009, has been adopted by a nine-state coalition comprising of Connecticut, Delaware, Maine, Maryland, Massachusetts, New Hampshire, New York, Rhode Island and Vermont, and formerly New Jersey, before it pulled out.

It operates via a cap-and-trade model, or CO2 Budget Trading Programs, in each participating state, in which power plants of at least 25 MW must purchase one allowance for each tonne of carbon dioxide they emit.

This, according to Shobe, meant there was a huge excess of allowances relative to the need and so the cap was slack.

Instead of scrapping the programme or sticking to their original formula regardless, the states of RGGI worked together to revise the scheme.

They included reducing the regional cap from 165mt of CO2 to 91mt of CO2, which would decline an additional 2.5% annually through to 2020.

According to Cuomo’s office this will have a cumulative regional effect of an estimated reduction of 86mt of CO2 emissions and be the "equivalent to taking over 16 million cars off the road for one year."

The new model has been adopted and now each state will have to legislatively approve the new rules.

Shobe says these changes make the programme work at about the same intensity RGGI curators had been planning on before the great recession, which tentatively started in 2008, when the original framework was decided.

Is collaboration the key to success?

"Instead of scrapping the programme or sticking to their original formula regardless, the states of RGGI worked together."

It is thought the new EPA rules could see more states either joining RGGI, or clubbing together to create a similar universal solution.

This is something the EPA is likely to welcome says Dr Rachel Cleetus, senior climate economist at the Union of Concerned Scientists.

"We are hearing very clearly form EPA that when they start the guidelines they intend to be flexible and take note of existing state programmes. And that is where it becomes interesting, what role RGGI and the California AB32 can play."

The recently launched cap-and-trade arm of California AB32, the Global Warming Solutions Act of 2006, is the state’s answer to RGGI, but it is more comprehensive. It’s cap and trade applies not only to power plants but any facility that emits more than 25,000 metric tonnes of CO2.

The programme’s umbrella aim is to reduce greenhouse gas emissions to 1990 levels by 2020. Helping California achieve this are schemes already established in the state, such as the Low Carbon Fuel Standard, the Advanced Clean Car Program and the Renewables Portfolio Standard.

California’s programme, which industry is nearly 100% compliant with, is already gaining accomplices; the programme will link with Quebec in 2014. Despite differences in language and culture, Quebec, like California, is a leader in green technology. Together the two plan to oversee this new market place and jointly hold an auction of carbon allowances.

But it might not end there; other states are watching the partnership with intrigue and may want to get in on the action.

Dave Clegern from the California Air Resources Board says: "There are several other jurisdictions monitoring what we’re doing, but right now we’re focused on making sure the Quebec linkage is successful."

Resistance from the fuel lobby

However, not all states are likely to be enthusiastic about establishing carbon emission reductions and targets, and Cleetus says she fully expects there will be resistance due to the strong fossil fuel lobby in the country.

"It is thought the new EPA rules could see more states either joining RGGI, or clubbing together."

And as Shobe also suggests, it’s likely many states will only join the likes of RGGI or California AB32 if it is a cheaper way to comply with the new EPA greenhouse gas rules. Not many other states in the US have a similar programme, as they generally choose to focus on renewables instead.

"I think that states are concentrating on renewable portfolio standard and clean energy partly because they can do that in a way that maximises their own benefit from the programme, and so I think other states, because they are not required to reduce their green house gas emissions [yet], are approaching things differently," he says.

Both RGGI and California’s programme put a price on carbon, but the EPA isn’t going to set a carbon price.

However, Shobe says economists as a rule favour putting some price on greenhouse gas emissions "either through a tax instrument or a market instrument".

Can one size fit all?

Probably not, Cleetus suggests: "There isn’t going to be a one size fits all approach and that is important, especially in a country like the US, which is so varied in terms of where the different states are in their programmes."

But RGGI first and California second have both demonstrated the feasibility and benefits of a cap and trade programme that not only reduces emissions, but provides valuable investment in renewables and programmes that can actually drive down electricity prices – since RGGI’s launch electricity prices have decreased by an average of ten percent across the region and have dropped in all participating states but Vermont – and with minimal resistance from industry.

As Shobe says: "Between the RGGI states and California we are talking about a substantial reduction in greenhouse gas emissions. It is no longer [a] trivial matter."

It remains to be seen if other states, once the EPA rules come into play, will follow the rule of California and the nine RGGI states.

Cleetus says, although she would like to see additional emission reductions beyond what will happen anyway, she is positive: "Having a uniform EPA power plant carbon standard is going to be really important to bring along some of those states that are lagging behind."