As the digitisation of global power systems continues apace, there is potential for hugely transformative new business models and flexible energy trading systems to emerge. The prospect of smoother renewables integration, decentralised energy schemes and a more open power marketplace marks an important leap forward for the industry, and the search is on to identify digital technologies that could effectively underpin some of these advanced concepts.

Blockchain – the digital ledger system that orders transactions along a linear chain of ‘blocks’ – is the technology of the moment in many industries, energy included. The inherent security and transparency of the blockchain means that it could have extensive applications across the power sector, from local micro-grid projects to large-scale cross-border energy trading.

UK start-up Electron was founded in November 2015 with the specific premise of developing blockchain-based platforms for the energy industry. The company has built an ‘eco-system’ of blockchain platforms, including systems for asset registration, flexible trading and smart meter data privacy. More recently, the company has been making waves with its work on customer utility switching – using dummy data to test more than 55 million supply points has shown that customers could be switched from one supplier to another in as little as 15 seconds. The possibilities for blockchain in power seem limitless, and Electron is determined to make the most of the opportunity. 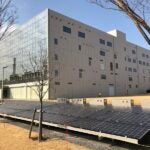 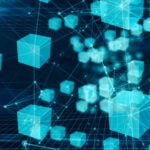 “We build solutions in collaboration with key industry participants who are actually facing these issues and helping us to find how we can solve them,” says Electron co-founder and COO Joanna Hubbard. “It’s really early days – we’re basically creating the possibility and the desire at the same time.”

Chris Lo: What are the implications of the blockchain and peer-to-peer networks for the consumption, distribution and trading of energy?

Joanna Hubbard: We’re doing a peer-to-peer trial at the moment in a consortium with EDF as the energy provider, PassivSystems, which provided the tech, Repowering London, which has the site, and UCL [University College London], which is doing a university study. These are really interesting trials that basically isolate exactly how people want to interact with digital energy. Do they want to actively trade capacity? Do they want it to be automated? What value can it add?

CL: Could you describe the design of the Electron platform and how it has been developed to support applications in the energy space?

JH: I think we’re quite unusual; a lot of people have a platform, but we’ve designed an eco-system. There are essentially three different platforms that look slightly different depending on what use case you’re talking about. We’ve got one asset registration platform that allows you to identify which asset in a system you want to trade and optimise, and what their characteristics are and where they are. The location of an asset has a value these days, which was never conceived when we originally designed the energy system.

The second platform is a trading platform, which is essentially a set of rules or protocols, around which those assets can trade and interact with each other. And then there’s a third platform, the data platform, where you can take control of your operational data. One of the really important things to manage around that is access to data. How you enable someone to access your data and what data you don’t want to be accessed has been an increasingly important question for the energy sector.

CL: How does the blockchain enhance your platforms?

JH: On the asset registration platform, there’s currently a big government procurement process to build a new piece of industry infrastructure that would be a register of meters – so the meter identity, where they are, and which supplier controls them. The use case this is being procured for is faster switching between suppliers.

We built this platform on blockchain with the idea that you don’t need to pay a new intermediary to handle the ledger that says, ‘you supply this person, and you now supply this person’. You can get the industry to co-own it and co-operate, which is, firstly, cheaper and also enables faster switching. But also, it’s just a better way to do it for new and future business models in digital energy.

The second big top-down project that we’re looking at, outside of the peer-to-peer space, is flexibility trading. At the moment, the flexibility market, or the demand-response market, only really has one buyer, and that’s National Grid. So we’re trying to evolve this into a marketplace where there are lots of people who can buy this product.

If we can create a marketplace for energy that’s demonstrably fair, that has transparent protocols as to who you can trade with and how, but enables you to keep private your trading data, then that would be a very effective way of growing that flexibility market and enabling us to balance our grid for less cost and to integrate far more renewables.

JH: We built this platform, we scaled it up to nation scale – actually we scaled it to 55 million users and there are only 53 million [in the UK], so we slightly over-cooked it. The results are that it can enable switching 40 times faster than it needs to with the current future switching projections, bearing in mind rates have been rising.

Because that’s so much faster than it needs to be, we haven’t done a lot more work on upgrading that. What we’re now doing is integrating it to speak to current supplier systems. The down-the-line technology for switching with blockchain doesn’t dictate the interface technology. We can still use current systems. But because the development of blockchain is still at quite an early stage, people want us to prove that. So we’re proving that now.

We’ve had massive support from the independent supplier community. Something like 20 independents have said they’ll support this initiative and have decided to be engaged in it. The independents in particular are really looking carefully at this new value proposition and future services they could offer their clients.

CL: How do you think large, centralised utilities need to evolve to take advantage of digital technologies like the blockchain and maintain their positions in the market?

JH: EDF, for example, is already looking at this through this peer-to-peer trial. I think they’re going to need to be very engaged and they’re going to need to evolve their product set. All of the peer-to-peer trading projects that I know about have suppliers in those trials, partly because what blockchain does very effectively is it removes the unnecessary intermediary whose job is just to co-ordinate data or provide the trust function.

Now, what suppliers do, obviously, is also go and pre-purchase energy for you, participate in the balancing market for you, or pay all the Use of System charges. So I think a lot of the successful projects are going to be partnerships with existing incumbents, and large energy companies are going to be doing those trials along with the smaller, independent companies as well.

CL: Would you say blockchain and other digital innovations are helping to level the playing field in the energy market?

JH: I totally would say that because what digital energy brings is a greater visibility of your actions and their consequences. So that means choice. It also enables trust – you can see exactly what’s happening and how it’s happening.

I also think it’s creating new desires from customers. There’s a famous Henry Ford quote – ‘If I’d asked people what they wanted, they’d have asked for faster horses’, and then he showed them the car. I think a lot of these trials are showing people the level of choice that they can ask for, and the level of service they can ask for. There are all these models that are now possible, and they can go and demand that from their utilities. And any utilities that don’t or can’t serve these new desires that this technology is creating are going to struggle.

CL: How deeply do you think blockchain technology will be embedded in the energy sector in ten-15 years’ time?

JH: At the moment, blockchain is a new tool that enables you to do new things. There are a lot of people out there talking about it, trying to work out what they can do. A lot of the projects don’t need blockchain, or could effectively be done without blockchain. But a lot of them a really legitimate and are going to unlock new marketplaces.

I think this hype bubble is going to continue for a couple more years; I think there’s then going to be a big deflation when people realise a lot of those projects aren’t necessarily serious. Then, maybe the 15% to 20% – depending on how generous you want to be – of those projects, by then they’re already going to be up-and-running.

We won’t be talking about blockchain anymore; we’ll be using it without realising it, and we’ll be using it to underpin really important pieces in digital energy, like shared, correct record systems, like access to data, like demonstrably fair protocols and execution. These are functions that will be expected as a guarantee, as opposed to having to trust a company to deliver them. I think all of those elements will be completely embedded in the next 15 years.