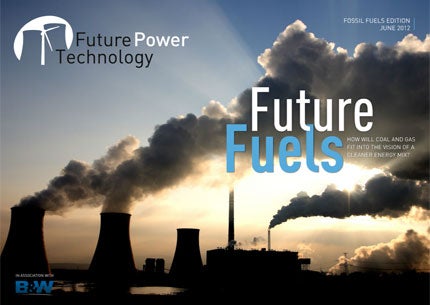 As the population grows, so does the demand for electricity. In this issue we find out what role fossil fuels will play in meeting the energy demands of future generations.

Coal-fired generation is expected to increase, but a growing concern about emissions and efficiency is driving the development of ever more advanced technologies. We explore the market for supercritical technology and zoom in on Korea’s plans to build a new generation of ultra-supercritical power plants.

We also take a look at shale gas, which has been called a ‘holy grail’ for energy security due to its huge supplies and ask the experts how the resource will compete with other generation types and investigate environmental concerns surrounding shale gas extraction.

Power to the Population
As the population grows, so does the demand for electricity. Sarah Blackman speaks to the experts to find out how the industry can possibly supply energy to nine billion people by 2050 and which resources will play a role.
Read the full article.

Supercritical Coal Technology
Power generation from coal-fired plants is expected to increase, but a growing concern about emissions and efficiency is driving the development of supercritical and ultra-supercritical technology. GlobalData investigates the market and identifies the key drivers.
Read the full article.

A Nation’s Clean Coal Goal
South Korea’s power industry is facing a major challenge as it looks to incorporate cheap fuel into the mix. Sarah Blackman investigates into whether low-grade coal can help South Korea to reduce energy intensity and carbon emissions.
Read the full article.

The Economics of Shale Gas
The US views shale gas as a game-changer with its ability to create jobs and lower gas prices. Sarah Blackman discovers whether shale gas could have the same impact in the UK.
Read the full article.

Energy Saviour or Eco-Threat
With shale gas fracking set to resume in the UK, Sarah Blackman asks green activists, academics and industry experts about their views on the controversial development.
Read the full article.

In the next issue, we report on China’s ambitious nuclear programme, which aims to have more than 100 reactors in operation by 2020, and on the feasibility of the UK’s nuclear new build plans in the current economic climate. With the European nuclear stress tests being criticised as a political tool to silence public concern, we investigate whether the results offer a genuine account of the state of safety in the region’s plants.

We also look at new technologies, such as the travelling wave reactor and Generation IV reactors and their impact on the industry going forward, and find out if Thorium could be a more efficient alternative to uranium.