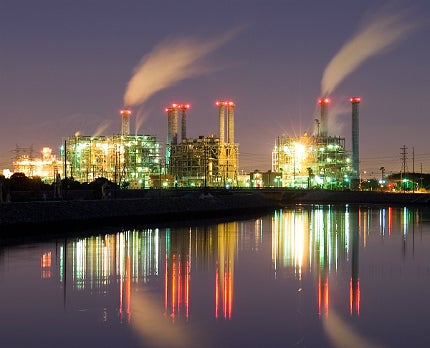 Although emissions of many air pollutants have decreased substantially in past decades, air pollution concentrations are still too high.

Indeed, the European Environment Agency believes that, in recent years, up to 40% of Europe’s urban population may have been exposed to ambient concentration of coarse particulate matter above the EU limit set to protect human health, with industrial production processes accounting for a considerable share of the overall pollution across the continent.

Analysis
Gulf Energy to acquire 49% stake in 1.2GW power project in US

In fact, both S0x and N0x emission limits have been tightened by 50mg/Nm and particulate limits by 10mg/Nm, compared with Europe’s prior Large Combustion Plant (LCP) Directive, levels which, according to Dr Andrew Minchener, general manager of the IEA Clean Coal Centre, will be tough to meet.

"Plants are having to take a judgement on whether to upgrade their emissions control systems or close down," he said. "In the UK, and indeed in other European countries, we’re seeing some being upgraded and some, which are smaller or older, being closed."

Under the regulations, plants can opt to shut down before 2024 or after 17,500 operating hours, depending on which comes first.

"This has led to a surge of coal use in the UK at the moment, with those that have decided not to opt into the directive running their hours down while they can," Minchener noted.

As a general rule, however, he feels that countries are on board with the new regulations: "The limits are challenging, but countries are getting on with it as best they can. It’s a European wide directive and it’s expected to be met by 2016 – some are doing it quicker than others."

Of course, a key challenge faced by plants that have opted into the directive will be finding the right balance between emission reduction technology and cost.

"The bottom line is that you can get to whatever levels of emission control you want, but it could make the process completely uncompetitive," Minchener explained, adding that on top of the installation costs of upgrading existing emission control technology or installing entirely new systems, plants also have to take into account extra operational costs that technologies such as flue gas desulphurisation (FGD) involve.

"With S02 capture, a large desulphurisation unit consumes quite a lot of power, resulting in a parasitic loss on your power plant, which means the overall efficiency of the plant can drop."

The technologies that plants choose to bring emissions down to Europe’s strict limits will also depend on the age of the plant, how the plant operates and the quality of the coal going through it.

That said, however, there are three technologies Minchener believes will be absolutely key in helping the European power sector as a whole get in line under the new IED regulations in a cost-effective manner: electrostatic precipitators for particulates, catalytic reduction systems for N0x and FGD for sulphur oxides.

When it comes to particulates, the most cost-effective way to reduce emission levels is undoubtedly to use electrostatic precipitators, Minchener noted.

"Under the regulations, plants can opt to shut down before 2024 or after 17,500 operating hours, depending on which comes first."

These are particulate collection devices that remove particles from a flowing gas using the force of an induced electrostatic charge.

However, while these devices may be the most cost-effective, they are by no means the most effective and may struggle to meet Europe’s new standards in some cases. "I suspect in many cases, you will see plants moving towards bag filters," Minchener predicted.

Unlike electrostatic precipitators, where performance may vary significantly depending on process and electrical conditions, bag filters typically have a particulate collection efficiency of 99% or better, even when the particles are extremely small.

"They clean the gas more thoroughly then electrostatic precipitators, but they will probably be more expensive," Minchener confirmed.

In order to balance cost and effectiveness, however, there is a third option. "Perhaps rather than putting in a big bag filter to treat all the gas, you put it through an electrostatic precipitator first and then install a smaller bag filter at the end," Minchener advised. "That way, you can reduce your investment costs."

"Plants also have to take into account extra operational costs that technologies such as flue gas desulphurisation (FGD) involve."

In the past, power plants have got away with adjusting their combustion processes, rather than installing emission reduction technology, to control N0x emissions.

But, according to Minchener, while this technique has been used fairly commonly in the last 20 years, power plants across Europe may find that it is not good enough to meet new regulations.

Instead, he advises using catalytic reduction systems. These work by passing the flue gas, along with a certain amount of ammonia, across a catalyst, where the ammonia reacts with the N0x to effectively form nitrogen and water.

"The capital cost isn’t too enormous, but catalysts are expensive and they have also got to be kept clean," Minchener warned.

S02 removal can be achieved by a process called flue gas desulphurisation (FGD). There are many different methods to carry out FGD including: wet scrubbing, which uses a slurry of alkaline sorbent, usually limestone or lime, or seawater, to scrub gases; spray-dry scrubbing using similar sorbent slurries; wet sulphuric acid process; and dry sorbent injection systems.

In some cases, to partially offset the cost of the FGD installation, the calcium sulphite, which is formed during the FGD process, is further oxidised to produce a marketable product called gypsum.

"You end up with something that is saleable, rather than just a waste product," Minchener explained.

In years to come, it is likely that power plants will be able to use two-in-one or even three-in-one emission control systems, reducing emissions of N0x, S02 and particulates simultaneously.

"There is quite a lot of research going on in China to look at these sorts of technologies as they could offer lower capital costs and perhaps lower operational costs too," Minchener noted.

However, in the meantime, it will be a waiting game to find out which power plant operators will manage to meet Europe’s stringent new criteria, and which will have to close down or switch to different fuels.

"It’s going to be a major challenge for Europe to upgrade all the emission control systems on their plants or install them in the first place," Minchener concluded.

"You might even see power shortages in some regions when the plants that are not going to meet the standards come off the grid. It will certainly be an interesting time for Europe."