While mainland countries issue broad, nationwide plans to slowly reduce their dependence on fossil fuels, several islands are making the most of their smaller size and advantageous geography to learn as they go along. Some have already cut out fossil fuels altogether and become completely reliant on renewable energy, providing valuable lessons for countries with the quest to become 100% renewable.

Islands tend to be relatively small and thus their carbon dioxide emissions aren’t huge, but they are at the forefront of the effects of global warming, such as rising sea levels and hurricanes. This is an important contributing factor to the increased trend towards renewable energy. 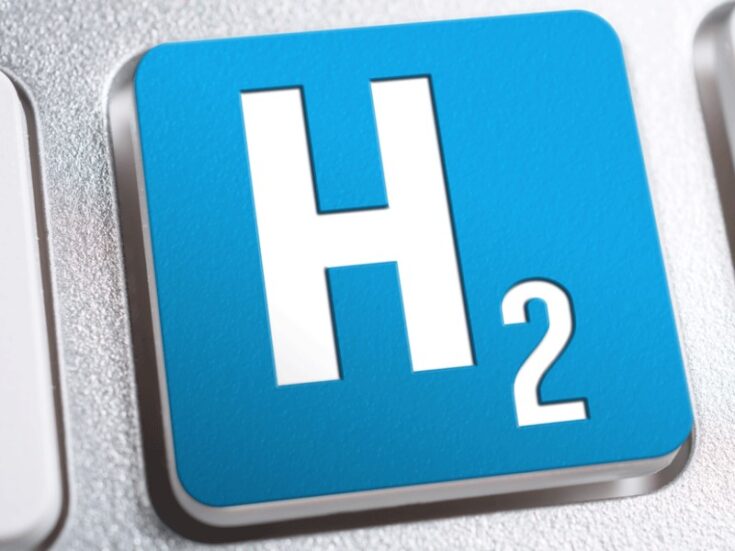 Geology plays its part in self-sufficiency

One such island is Hawaii, which is aiming to become totally dependent on renewable energy by 2045 – the most ambitious target in America.

Islands have a good chance of committing to this target because they can take advantage of their environment to generate power, for example, Hawaii’s guaranteed sunshine for electricity.

“It makes a lot of sense to transition to their local renewable sources,” says Diane Moss, founder of the Renewables 100 Policy Institute, its mission to study and accelerate the global transition to 100% renewable energy in all sectors.

“There has been increasing awareness that local renewables are more flexible.”

In September, the Spanish island of El Hierro met the energy needs of all its 10,000 locals for four hours, with a combination of wind, hydropower and energy storage.

The mountains of El Hierro make the island the ideal place for a successful wind farm, and excess energy is stored in a system which raises water via a pump into an artificial reservoir. When there is not enough wind, the water is channelled back through turbines to produce more electricity.

Hydropower isn’t really a natural resource on El Hierro, according to Emanuele Taibi, the island expert at The International Renewable Energy Agency (IRENA).

“It is simply been put in place to make sure that wind can be used to supply most of the electricity for the island,” he says.

Iceland is another island leading the way.I It has a unique geology which means it can pretty much depend on its land for power. “Iceland has this amazing geothermal resource,” says Moss. “They’ve made good use of it.”

Geothermal energy from over 200 volcanoes, and hydropower from its many rivers, means that nearly 100% of Iceland’s electricity is produced from renewables. These methods are generally less variable than wind and solar, because there’s no risk of the energy disappearing, unlike the sun behind a cloud.

Renewable energy isn’t reliable – or is it?

Nature rarely sticks to a schedule; wind isn’t always blowing and the sun isn’t always shining, which raises concerns about the reliability of renewable power, especially when there are still developments to be made in energy storage technology.

Nevertheless, for islands, self-sufficiency could be a much more dependable option. As Moss points out: “Try getting a tanker of diesel to an island in a hurricane.”

Isolated from mainland grids, islands relied exclusively on imported fossil fuels before the innovation of renewable technology, which could mean no power for island residents if there’s a particularly bad storm halting the movement of ships importing the fuel.

The residents of Hawaii don’t want to depend on fossil fuels anymore, and for them, solar energy is a more consistent means of power because they can usually guarantee the sun will be shining.

Moss explains that countries are waking up to the idea that you can’t always rely on one source of power, pointing to the San Onofre power plant in California which had to shut down because of a radiation leak.

Added to this, says Taibi, fossil fuels are financially and environmentally costly, especially for the inhabitants of the miniscule island Tokelau.

“Fossil fuel barrels had to be shipped on multi-day boat trips from Samoa,” he says. “This made it particularly expensive.”

Before 2012, Tokelau relied on three diesel power stations which cost them around $800,000 per year. To put this into perspective, the entire island is home to just 1,411 people. At that time, they only had only between 15 and 18 hours of electricity a day, whereas now, with 4032 solar panels, Tokelau generates 150% of its total energy demand, meaning its residents now have electricity access all the time, and for at a lesser cost. In overcast weather, generators run on coconut oil, providing power while the battery bank recharges.

Committing to clean energy has some obstacles

Islands that are switching to renewables show the world that there are viable options in the face of climate change. An extra incentive for households to get involved in the switch is subsidises for the installations. In Hawaii, the $25,000 that households spend on rooftop solar system installations is paid back after around five years, because they generate more electricity than they use, and thus sell any surplus back to the grid. Generous subsidies like this are so encouraging that one in eight households in Hawaii now have solar panels.

However, while on the surface having a large number of rooftop solar panels seems a positive step in the journey towards clean energy, it means that utility and non-solar customers are suffering financially. Many solar customers have zero electricity bills because they sell back so much electricity, leaving other customers to pick up the slack.

Taibi says one thing that is sometimes not considered is that when island nations have more electricity available to them, thanks to renewables, they tend to use more of it.

“When renewables bring down the cost of electricity and increase the availability and reliability, the amount usually goes up,” he says. “And then the system that was designed to be 100% renewable all of a sudden isn’t 100% anymore.”

What can the rest of the world learn?

Another test-bed island is Samsø off the coast of Denmark, where long-term plans to build nuclear power stations were scrapped in place of focusing on renewable technologies.

All 4,000 inhabitants of Samsø own shares in 20 of their wind turbines and benefit from the many jobs that were created because of the island’s switch to renewable energy.

Samsø’s success story may serve as a lesson that investing the majority of funding into one type of energy generation provides the opportunity to make headway in technological advances.

Kodiak Island in Alaska has a back-up battery storage system that can provide power for brief 90-second intervals to bridge the gap in case wind power dwindles and the hydro system has to kick in. This prevents any flickering lights or cut-offs from power, in theory at least. Alaska has set the goal of reaching 50% renewable energy by 2025, and balancing the micro-grid system on Kodiak is proving a valuable lesson.

Regardless of the potential setbacks of being self-sufficient, islands are showing that there are ways around the issues and are committing to their goals. Having relied on fossil fuels for such a long time, the transition wasn’t going to be seamless. Instead of highlighting potential flaws and presuming self-sufficiency to be unachievable, they’re learning as they go along.

“Islands have been acting as lighthouses.”

“Islands have been acting as lighthouses,” says Taibi. “Technologies can be tested in island context with a little less concern…All the lessons learned on islands really can be beneficial for devising technology solutions.”

Whole nations have the opportunity to learn from islands, adapt methods for larger countries and integrate more renewable energy into their future plans. Having islands as ‘lighthouses’ might be the momentum nations need to fully invest and believe in a renewable future.