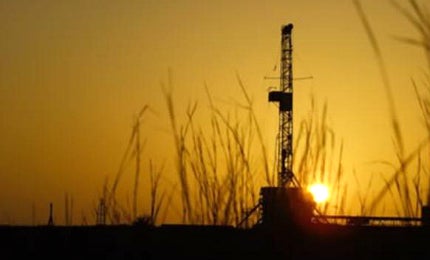 An abundant supply of low-cost energy with the potential to save the economy is the dream for any country during these hard financial times. And, from what forecasters and industry tycoons say, the US is living that dream, thanks to its shale gas boom.

Just six years ago, natural gas was thought to be in tight supply in the US, but the shale revolution has doubled discovered resources since then, and increased production has led to a significant drop in domestic gas prices.

Henry Jacoby, co-author of a report by the MIT Energy Initiative on the Future of Natural Gas, says: "Our analysis shows that [shale gas] has a positive effect on GDP, but certainly it’s having an effect on the economy through the lower gas prices to all sorts of customers."

Shale gale is said to have triggered a renaissance in US manufacturing. A PricewaterhouseCoopers (PwC) analysis found that in 2011, 17 chemical, metal and industrial manufacturers commented in SEC filings that shale gas developments drove demand for their products; none reported this in 2008.

Today, half a dozen petrochemical product producers are planning to add capacity and build new plants, mostly along the US Gulf Coast.

Shale gas has gone from zero to hero, rising from accounting for two percent of US production a decade ago to 37% of supply today. No wonder it’s repeatedly touted as a "game changer" for the US energy market.

But, how economically viable is hydraulic fracturing (fracking), given the current low price of gas? Are prices set to rise for the benefit of producers? And, is the US really on the right track to long-term energy self-sufficiency, fuelled by shale gas?

The price you pay for shale gas

"Half a dozen petrochemical product producers are planning to add capacity and build new plants, mostly along the US Gulf Coast."

A flood of gas production and some very warm winters in recent years have increased the amount of gas in storage and driven down prices in the US. But while government bodies are getting excited about the thought of a cheap supply of energy, producers are beginning to lose interest.

The weak economics of all gas operations are reflected in the collapse of the rig count across US projects. In May 2012, numbers were down by 30% on an annual basis, according to ‘The Shale Gas Revolution: Developments and Changes Report’ published in August by Chatham House, an independent policy institute based in London.

Jacoby, who is the co-director emeritus of MIT’s Joint Program on the Science and Policy of Global Change, argues that at £3.50/mcf, it’s not profitable to drill wells for dry gas, except in very productive plays. "I would say that just looking at what’s happening to the drilling levels, if you are drilling in an area where it’s just gas, not liquids, then it’s not profitable at the moment," he says.

David Hughes, former manager at the Geological Survey of Canada and fellow of the Post Carbon Institute, seconds that argument. "What’s happening with a lot of the drillers is that they are realising that they can’t make money from shale gas," he says. "So they are focusing on plays that have liquids associated with them. So now the focus is on shale oil.

"A lot of gas is produced as a by-product at Eagle Ford and Bakken but a lot of that is flared. Nasa has published a satellite picture of the world at night and the flaring in the Bakken is about the size of Chicago."

While fracking for shale is not economically-viable at current price levels, the cost of shale gas is expected to rise during the next few years, despite reports from the US Energy Information Administration (EIA) that gas will stay below $6/mcf through to 2040.

Jacoby explains: "Over the next couple of years [prices] are going to come up by about a dollar a year and therefore the margin is going to close somewhat," says Jacoby. "We estimate that by 2015-16 gas prices will rise to six dollars per mcf and the International Energy Agency projects this change as well. At five or six dollars it would be worth making the capital investment."

But, even as prices rise and production rises once again, claims that shale gas is the transition fuel to a low-carbon future do not necessarily stand up to the scrutiny of energy experts and geoscientists.

In a report published in February 2013 by the Post Carbon Institute, a California-based think tank, Hughes analysed 30 shale gas plays in the US and revealed that the shale revolution will be hard to sustain.

"The weak economics of all gas operations are reflected in the collapse of the rig count across US projects."

The study, entitled ‘Drill, Baby, Drill’, showed that wells and fields exhibit steep and rapid declines once they are hooked up to a pipeline.

"For five of the biggest shale plays that account for 80% of US gas production, the well declines are such that production of the average well is down 80-90% after three years."

Shale plays are not homogenous, says Hughes, there are always "sweet spots" that make up ten to 20% of a total play area and in a low gas price environment, these areas are targeted first.

"That’s where you make money," Hughes explains. But after sweet spots are saturated with wells, producers must move on to more marginal areas, which require more wells – and therefore more money – for the same amount of production.

Hughes also argues that maintaining production requires ever-increasing drilling. "The characteristics of shale are that you embark upon a drilling treadmill. You just have to keep drilling," he insists.

"If we stop drilling the Haynesville, the production decline would be 52% a year. From that you can figure out how many wells you have to drill just to offset field decline and in the Haynesville it worked out to be 775 wells at $9m each. But that’s an optimistic assumption because once the sweet spots get drilled off, you move into poor quality rock."

Bill Powers, author of ‘Cold, Hungry and In the Dark: Exploding the Natural Gas Supply Myth’, backs Hughes’ argument that the production of shale gas in the US is overhyped.

In his book, set to be published in May 2013, Powers asserts that the quantity of unproved but technically recoverable natural gas in the country’s shale plays is around 127 trillion ft³, about a quarter of the 482 trillion ft³ estimated by the EIA in its Annual Energy Outlook for 2012.

So, with the volume of shale gas produced expected to fall below expectations, how can the US make the most of this resource over the next few decades? Could producers export shale gas to countries where the price of gas is higher?

Jacoby believes large-scale exports are a long way off. "We’ve not done a detailed analysis of different levels of export, but if you were to increase domestic demand by exports, it would have some effect on the price," he says. "I personally don’t think we’ll see a significant volume of exports to have a very big effect though – we only have one export facility that has been approved."

Hughes argues that at a cost of more than $10bn, building an LNG export facility may be too expensive. "You need to be guaranteed that you’re going to have a low-priced product and lots of it to meet a 20-year contract. You don’t spend $10bn without having at least a 20-year window of opportunity to pay it back."

"I can understand why the corporations are doing [exporting]. They are going to monetize their reserves at a higher price. But from an American energy security standpoint, I think it’s a bad idea."

"Claims that shale gas is the transition fuel to a low-carbon future do not necessarily stand up to the scrutiny of energy experts."

Despite an announcement by US President Barack Obama in January 2012 that owing to the shale gas revolution, "We have a supply of natural gas that can last America nearly 100 years", evidence points to the shale boom being a short-lived flame that won’t keep the lights on in the long-term.

And, while the government is depending on cheap gas to replace old coal-fired plants and reduce carbon emissions, the growth of renewable energy is still being suppressed.

Jacoby suggests there are two things that can be done in this situation. He says: "The most important is that the US does not slow its effort in research and development to bring down the cost of renewable energy.

"The other thing that can be done, and is being done, is to provide subsidies in wind and solar that can help these technologies alive. Carbon dioxide and methane emissions from gas are too much if we are going to meet those targets. Gas is having a very good effect now in displacing coal and that’s useful in the short term, but not beyond 2050."

For now, it seems the shale boom is providing a brief respite and an opportunity for the US to plough money saved on gas into infrastructure it will need long term, as the world’s biggest consumer demands more energy from low carbon resources.

How economically viable is the production of shale gas in the UK? The US sees the resource as a game-changer with its ability to create jobs and lower gas prices.