To be located at Saltend Chemicals Park, near Hull, the Hydrogen to Humber Saltend (H2H) project is expected to be one of the world’s biggest at scale, low-carbon hydrogen production facilities.

The Hydrogen market is expected to expand significantly in the next few years – GlobalData has tracked more than 43.6 mtpa of total active and upcoming low carbon hydrogen production capacity (green and blue hydrogen). As the industry develops and the cost of producing hydrogen drops, demand is expected to increase significantly. As a result, countries across the world are announcing much needed supporting policy framework for hydrogen. While refining and ammonia production have traditionally been the key consumer sectors for hydrogen, new uses such as transport and energy storage are set to influence the market. While green hydrogen presently has a small share in the overall production mix, it is poised to increase given the ambitious targets announced by various countries. GlobalData’s report provides insights into key issues in the emerging hydrogen space, such as: Read this report and formulate winning strategies for your business.
by GlobalData
Thank you.Please check your email to download the Report.

The project, which was greenlighted in July this year, will use a 600MW auto thermal reformer that will convert natural gas to hydrogen, with carbon capture technology removing CO2 from the production process – the procedure for making blue hydrogen.

According to the project managers, Equinor, the facility will reduce emissions from the park by nearly 900,000 tonnes of CO2 per year. It will do this, Equinor says, by enabling neighbouring industrial operations to switch to hydrogen and the resident power plant to shift to a 30% hydrogen-to-natural-gas blend. 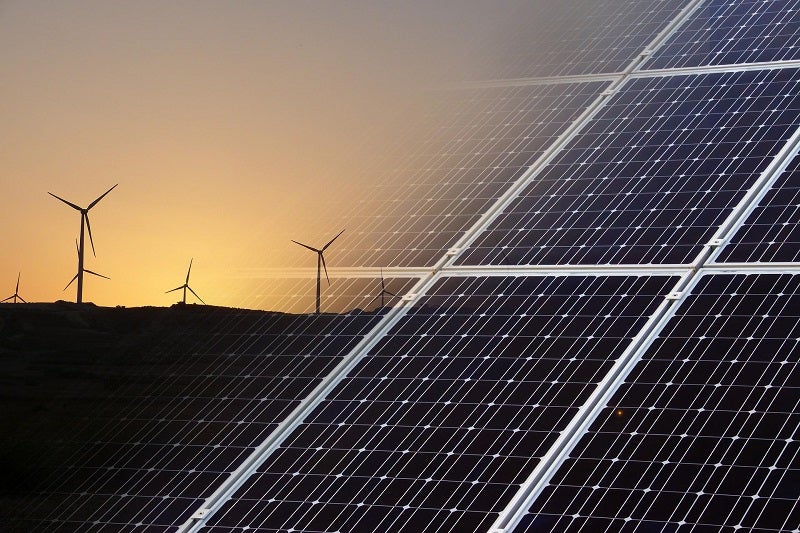 The project falls under the UK government’s plans to establish the first net-zero industrial cluster in the world by 2040, for which it is providing £170m in funding to qualifying projects. Saltend, which is the UK’s largest industrial cluster, hopes to play a big part and be a springboard for a much larger hydrogen economy to develop in the country that will lead to reduced carbon emissions, new jobs, and infrastructure.

The project does have its critics, however. Detractors of blue hydrogen say, due to the use of natural gas in the process, the fuel isn’t low-carbon enough and the UK should instead be aiming for green hydrogen, which is generated via electrolysis of water using renewable power.

The UK Committee on Climate Change has said that carbon capture, utilisation, and storage (CCUS) and hydrogen are vital technologies for achieving the ambitious emissions savings needed to meet the 2050 carbon reduction targets. And Martin Tengler, analyst at BloombergNEF, says that Humber is a logical place to start developing hydrogen because it’s a large industrial cluster.

“Everything is there – the demand, the supply of natural gas, and the carbon storage opportunities, such as the salt caverns nearby. Hydrogen transport costs are also likely to be low as only short pipelines would be needed,” he explains.

Saltend and the Humber region employs 55,000 people in the manufacturing sector alone, and it is hoped that the hydrogen produced there can eventually expand to serve these industrial users, as well as others.

The project follows on from another, smaller-scale, hydrogen and carbon capture and storage project called HyNet, which was designed by management and consultancy company WSP. It includes the development of a new hydrogen pipeline for the north-west of England and north-east Wales.

Dr. Gareth Hinds, science area leader in electrochemistry at the National Physical Laboratory,  says that H2H Saltend is likely to be a stepping stone to green hydrogen and not an ‘end game’.

“In the longer term, the infrastructure can easily incorporate green hydrogen,” he explains.

Hinds adds that there’s likely an element of ‘bet hedging’ in the choice to develop blue hydrogen rather than green.

“Although the cost of renewables and electrolysis to produce hydrogen is bound to come down with volume, the extent to which this will happen is completely unknown. The unit cost of production for green hydrogen is significantly higher than for blue and the scale-up required is considerable. I think this justifies the approach of trying both.”

The development of both the H2H Saltend and HyNet projects should give confidence to industries to switch to using hydrogen, says Tony Alderson, carbon capture and storage technical lead at WSP.

“The industry needs to have confidence that there will be a secure supply of low-carbon hydrogen before it considers switching from fossil fuel as a route to decarbonisation. Initiatives to develop projects of this type, to produce decarbonised hydrogen, provides industry with that confidence,” he explains.

Claire Gott, UK head of industry and CSR at WSP, says that H2H Saltend and HyNet are also part of a phased approach for potential industrial hydrogen users, such as chemical producers: “The clients we’re working with on the chemical side are looking to utilise hydrogen, or make use of the hydrogen they produce. But it needs to be part of a retrofit process because otherwise, in effect, we’re asking them to rebuild their facilities from scratch. We do need to consider the lifespan of the existing facilities that are there and need to continue operating, that’s why a pathway is critical.”

For the CCUS element, Alderson says it is easier to remove all the CO2 emissions at a single large facility designed for the technology, such as H2H Saltend, rather than at a distributed range of emitters, such as natural gas power plants or to retrofit CCUS to an existing hydrogen plant.

Through H2H Saltend, HyNet, and other industrial clusters in the pipeline, it is hoped that a large-scale network for blue hydrogen will eventually be created. In the future this could lead to further initiatives to produce decarbonised hydrogen for transport networks and eventually for heating people’s homes.

Therefore, these green-lighted projects are ‘more than a stopgap’ says Alderson, but part of a longer-term strategy of decarbonisation.

“The UK could build blue hydrogen plants through the 2020s and they’d have a full lifetime of operation, then the green hydrogen can be brought in at a larger scale, to replace them longer term,” he says. “Green hydrogen production can’t be implemented quick enough to decarbonize all the necessary sectors.”

Furthermore, Equinor says H2H Saltend will open up new export opportunities for hydrogen and low-carbon chemicals. The Humber’s location can provide easy access to world markets via the Port of Hull and the Port of Immingham.

However, to drive these opportunities forward, the government needs to catch-up with its rivals, namely Germany and Australia, and publish a hydrogen strategy, which has been delayed from the summer.

Hinds says that, from the discussions he’s been privy to, a government strategy is imminent and will be of vital importance because the hydrogen sector will be spread across many different areas of the economy.

“Once the strategy is in place and people can see a clear path forward that will give investors’ confidence. There are many parts of the economy that know if they don’t invest and change their strategies and their operating models they won’t be sustainable in the longer term; so the appetite is there, they just need a clear framework and strategy in place,” explains Hinds.

Philip Dunne MP, chairman of the Environmental Audit Committee, and a host of private businesses signatories to the “Hydrogen Strategy Now’ campaign have been lobbying the government to publish its strategy.

In terms of wider challenges for HyNet and H2H Saltend, Alderton is keen to stress that technology is not an issue; it’s a derivative of the technology already applied at large scale for grey hydrogen production. This is hydrogen with the CO2 stripped out but then vented into the atmosphere.

Capturing the carbon and storing it, as for blue hydrogen, however, adds to the production cost, which is as yet not offset by a functional carbon price. The price of CCUS is estimated to be in the range of €50 to €70 per ton of CO2, whereas the price of CO2 is in the range of €20 to €30 per ton in the EU emissions trading scheme. In the UK, the Carbon Price Floor is capped at £18.08 (€20.40) till 2021.

“There has to be a balance of penalties for emissions plus support for technologies which eliminate those emissions.”

Gott also says that, alongside the development of hydrogen, there needs to be public education so users know that it is an inherently safe technology relative to others.

The start of something big?

Equinor has said that, subject to supportive UK policy, the company and its partners will mature the H2H Saltend project towards a final investment decision during 2023, with potential first production by 2026 and hydrogen at scale by 2030. Equinor recently made a final investment decision on the Northern Lights project, which is set to be Europe’s first commercial-scale carbon transportation and storage project, off the coast of Norway.

Ultimately, it is hoped that H2H Saltend, HyNet, and the industrial cluster initiative will be a catalyst for the realisation of the much talked about hydrogen economy in the UK and in turn further decarbonisation. It’s clear that those in the sector hope that the government can keep going with the momentum already set.

The Hydrogen market is expected to expand significantly in the next few years – GlobalData has tracked more than 43.6 mtpa of total active and upcoming low carbon hydrogen production capacity (green and blue hydrogen). As the industry develops and the cost of producing hydrogen drops, demand is expected to increase significantly. As a result, countries across the world are announcing much needed supporting policy framework for hydrogen. While refining and ammonia production have traditionally been the key consumer sectors for hydrogen, new uses such as transport and energy storage are set to influence the market. While green hydrogen presently has a small share in the overall production mix, it is poised to increase given the ambitious targets announced by various countries. GlobalData’s report provides insights into key issues in the emerging hydrogen space, such as: Read this report and formulate winning strategies for your business.
by GlobalData
Thank you.Please check your email to download the Report.
Topics in this article: technology