Japan today presents a fascinating national case study when it comes to transitioning to clean energy. Reuters notes that for the first time since a massive earthquake and tsunami crippled the Fukushima nuclear power plant in 2011, and killed nearly 16,000 people, Japan held no state memorial for the disaster anniversary this year.

Simultaneously, Nippon reports on a parliamentary group of the ruling Liberal Democratic Party (LDP) arguing that Japan’s Government must restart more nuclear power plants swiftly, to overcome impacts from Russia’s invasion of Ukraine, which are “dangerous” for Japan’s energy supply.

Plus, the LDP and its coalition partner have just scored a sweeping victory in an upper house election held in the wake of former Prime Minister Shinzo Abe’s assassination. The LDP won 63 seats, or more than half of the 125 seats up for grabs in the 10 July election, local media reported. With Japan at a political and energy crossroads, this could be the best time for investments in a relatively unheralded power source, such as geothermal. 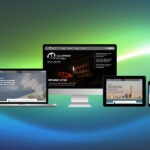 Analysis
National crisis: the new issue of Future Power Technology is out now

He says it has embarked on major reforms of its energy market and diversified its energy mix. Energy-related carbon dioxide emissions have fallen continuously since their peak in 2013, thanks to the expansion of renewable energy, the restart of some nuclear power plants and energy efficiency gains. By 2018, Japan’s emissions had declined to a level last seen in 2009.

Yet questions remain as to whether the future of Japanese power will rely more heavily on geothermal or nuclear power. A decade ago, nuclear powered around a quarter of its needs. Geothermal can definitely help, but time to develop its pipeline is short compared with overarching targets and there’s a long hill for geo to climb, against a political scene that might be tempted back towards the power of the atom.

It has been calculated that with the same geothermal utilisation as Iceland, Japan could replace up to 25 nuclear reactors.

Perhaps more realistically, the IEA 2021 analysis states wind and geothermal power have “large” potential in Japan and can complement the emissions reductions being achieved through the expansion of nuclear and solar energy.

The IEA says that more efforts are needed to develop renewable technologies, including geothermal. Part of the trouble are grid constraints and connectivity between Japan’s regional grids. Regulatory reform can help improve electricity system operation, thereby allowing for integration of larger shares of variable renewable energy, but this is a challenge shared by countries like the UK.

More recently, it introduced tougher targets to increase renewables to between 36% and 38% of its electricity mix by fiscal 2030.

Geothermal deployment has historically been slow because of high project risks associated with the exploration phase of the development. Long environmental assessment processes and local acceptance remain key challenges as well.

Yet Japan has the third-largest geothermal resources in the world after the US and Indonesia, with the country possessing an amount equivalent to estimated generation of 23.47GW.

In 2022, things have hit a crescendo. Baseload Capital subsidiary, Baseload Power Japan, has just completed its third geothermal plant in the country and is close to completion on a further expansion project.

The electricity generated by the new plant will be sold to Kyushu Electric Power through a feed-in tariff mechanism. The surplus of hot water will be provided to the Sansui hot spring inn to be used as bathing water for its hot spring operations.

“The Japanese Government has committed to carbon neutrality by 2050 and expanding the use of renewable energy is critical to achieving that goal,” says Ryuta Hiratsuka, representative director of Baseload Power Japan KK. “Geothermal power generation, which can be sourced and consumed locally, will become an important part of the country’s energy mix.”

Phase two of the project will produce 700MWh of power annually, doubling the total power output of the facility.

There is plenty more going on too. Exergy International and Geothermal Development & Investment signed an agreement in May for the exclusive distribution of turnkey geothermal power plants in Japan.

Marco Frassinetti, sales director of Exergy International, says: “Knowing that the Asia region has a huge renewables potential to tackle, we have been pursuing this key commercial area for years. We consider Japan in particular as a promising market for geothermal development.”

In addition, Mitsubishi Materials has announced a partnership with Renova and Daiwa Energy and Infrastructure to develop a new geothermal power plant in the Eyama Area of Hakodate City in Hokkaido. This development will be under the company Kodate Kaizen Geothermal.

Funding for this project is being subsidised by the Japan Oil, Gas and Metals National Corporation . A resource survey is already underway, and large-diameter well drilling is planned within the year subject to survey.

With pace and purpose

Reviewing the above, you’d be tempted to think a renaissance for Japan’s geothermal is on the cards. Nikkei Asia last year wrote that 30 locations would be assessed in a new government-funded phase of exploration, overseen by the Ministry of Economy, Trade and Industry (METI), to cut greenhouse gas emissions.

METI, which Nikkei Asia says is responsible for Japan’s energy policy, will request $116m (JPY18.3bn) ($166 million) in the fiscal 2022 budget for exploration and development of new geothermal sources, up roughly 60% from $80m (JPY11bn) allocated in 2021. That’s quite an uptick.

But as it takes roughly eight years after identifying a site to start producing geothermal power there, the clock is ticking fast for Japan to meet its 2030 target.