While nuclear energy is considered generally safe, the industry is still tackling criticisms of its safety and cleanliness, and justifying why even more investments should be poured into the sector during the clean energy transition.

When stating their domestic policies and plans to address emissions ahead of the 2050 Paris Agreement deadline, numerous countries from Europe, the Middle East, Asia, and Central and South America have embraced nuclear energy as a viable option to phase out fossil fuels.

As nuclear is reliable and relatively clean compared to other established sources, countries like the UK are ramping up its use and planning for nuclear to contribute roughly 40%-50% to the energy mix by 2050, compared with nearly 20% today.

For this reason, bigger efforts are being invested in the safer production of nuclear energy, the handling of its waste, and the safety of operational workers employed in the industry. 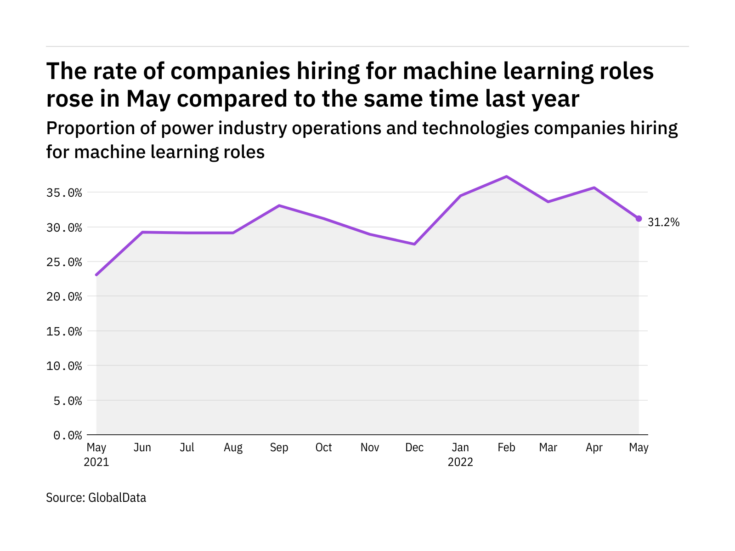 How is the industry changing?

After undergoing a few major incidents at the end of the 20th century that still fuel nuclear scepticism, the sector is working hard to revolutionise its work, offering better surveillance, increased safety, and “smarter, instead of harder” working strategies.

For instance, the sodium-cooled reactor currently under development in Fujian province, China, is planned to finally be connected to the grid by 2023. This puts it about six decades after the fast neutron reactor concept first started in China.

The planned reactor designs under development will require input energy of 1500MWt, with electricity output capability of 600MWe. They will also have 41% thermal efficiency and two sodium coolant loops producing steam at 480°C.

With an average operational lifetime of 40 years, this design has active and passive shutdown systems and passive decay heat removal that ensures that in a case of loss of coolant flow, the reactor will be able to shut itself down safely without intervention.

Similarly, US-based company TerraPower has been working on a sodium-cooled nuclear system that can be powered by spent fuel, depleted uranium, or uranium straight out of the ground.

Their proposed natrium nuclear power plant stands out with more benefits than the light water reactor plants in use today. The natrium plant uses a sodium-cooled fast reactor as a heat source, with heat from the reactor being carried by molten salt from inside the nuclear island to heat storage tanks outside the reactor. It can then be used to generate electricity or for other industrial processes.

The first set of these commercial plants will run on high-assay low-enriched uranium and the natrium plants will not require reprocessing, as well as running on a once-through fuel cycle.

The technology will reduce the volume of waste per megawatt hour of energy produced by five times, without reprocessing because of the efficient way it uses the fuel.

After the UK Government outlined its plans for “green recovery” following the Covid-19 pandemic, which is supported by the ‘10 Point Plan for a Green Industrial Revolution’, the country once again turned its gaze towards viable and diverse energy assets to deliver reliable and affordable electricity.

As part of this discussion, the UK embraced a move to small modular reactors (SMRs), which are created to provide safer and cleaner energy but in a more predictable and concentrated approach compared to options such as wind and solar.

“SMRs are vital to developing safe and clean nuclear power options. By making construction more efficient and using existing mature technologies, it means that nuclear power should be able to be adopted as a cost-effective option,” says Cyrus Larijani, strategic business development manager for space and nuclear at the National Physics Laboratory.

For example, Rolls Royce is leading a UK consortium to develop an affordable power plant that generates electricity using SMRs to help drive costs down, while building in multiple layers of fault prevention to make sure the technology is safe in all modes of operation.

Another area closely associated with the enhancement of nuclear power is the field of advanced nuclear technologies, where high temperature advanced reactors could be used to produce hydrogen. This involves using the reactor heat to drive processes like thermal decomposition of water directly.

“However, these technologies are not yet proven and that is where organisations can play a role, by providing the metrology expertise required to establish the technology and enable its deployment. This process takes time and it is imperative that the UK as a whole acts quickly, with research laboratories, industry, and academia working together to achieve this shared vision,” Larijani says.

To help tackle these issues, companies specialising in this field can also use digital image correlation technologies to carry out regular inspections, neutron measurements, temperature measurements, gas metrology, and materials testing and evaluation to support the national and global challenge of clean energy transition.

The use of robotic technologies

As decommissioning of redundant nuclear sites and extending the lifetime of existing infrastructure in the sector is another major issue that requires closer attention, industry operators have concentrated their efforts to incorporate robotics.

Chris Froud, senior associate and patent attorney in the electronics, computing & physics group at European intellectual property firm, Withers & Rogers says: “A lot of decommissioning work is still done by humans. However, nuclear environments are generally inhospitable to humans, either because they are radioactive or physically difficult to access. As a result, workers have to wear multi-layered, air-fed suits while trying to operate heavy tools – this can be dangerous, tiring, and inefficient.

“Even when working in this way, there is still a considerable amount of high-level radioactive waste that humans can’t come into contact with, which has to be dealt with remotely.”

The drone is equipped with a radiation sensor for conducting inspections at nuclear facilities, and is also designed to be tolerant to collisions so that the technology can also be used for inspection in dark and confined spaces where crashing is much more likely.

Used in such hazardous environments, robots could reduce human exposure to danger and increase efficiency and safety while reducing operating costs.

However, once unleashed, the innovation stream knows no boundaries.

Froud says: “Some current research programmes are exploring whether machine learning might be used to enable robots to pick and place random items in logistics spaces or on production lines.

“By employing similar technology, it may be possible to repurpose solutions for the nuclear industry. Techniques could also be adopted from other sectors that are already actively exploring remote robotic solutions, such as telesurgery.”

While technologies developed for applications in other industries will need to be tailored to meet the unique challenges of the nuclear industry, for example to cope with high levels of radiation, Froud also points out the possibility of transferring technology developed for the nuclear sector into other extreme environments.

In a nutshell, the global nuclear energy scene is investing considerable efforts and capital to help make the energy source a stable ally during the clean energy transition. It remains to be seen whether this sector’s strides to incorporate innovative techniques and optimise its work will be appreciated and whether nuclear power will successfully challenge the stigma attached to it.