Robots are secretly becoming practical these days. You wouldn’t necessarily know it: there has been no flashpoint moment or Elon Musk figure in the robotics field. Boston Dynamics horrified the world with dog-like robots in the 2010s; NASA recently charmed us with a helicopter-carrying Mars rover. Little else has come to public notice, but nonetheless robotic systems are now reaching a level of genuine usefulness in business. And artificial intelligence (AI), also now seeing use at a serious level, often makes robot solutions better.

While chatbots and equally intelligent assistants in robot form do exist, these smart applications are designed to interact with consumers and tasked to relay information by text or audio. They speak but don’t do, no matter what’s in their programming.

In comparison, AI in robotics  – bots you can touch and which mechanically move – is a comparatively unknown application. Some might assume this is because little is happening in the field, or, more likely, they’d assume most robots are smart and artificially augmented by nature.

Both viewpoints are wrong, especially the latter. As a recent GlobalData report on AI reminds us, “the term robotics is often used in the same breath as AI, but it is not a subset of AI as most robots are not ‘smart’. While most robots are autonomous and can mimic human actions, they do not learn from one repetition to another.” 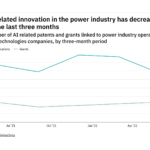 But some robots are learning. These are smart robots, machines which use machine learning to improve at tasks and automate what previously could only be done by humans. And businesses are learning to love them; they may not be regularly exploring planets or our homes, but smart bots are driving business and AI adoption in wake of the pandemic.

The Four Sorts of Robotics

Usually found in the form of small, robotic arms, co-bots are the fastest-growing segment within the industrial robotics market as they are increasingly deployed by SMEs for warehouse applications and pick-and-place tasks. Amazon currently has the world’s largest fleet of mobile robots in its warehouses, and in 2019 the e-commerce giant acquired warehouse robotics company Canvas for over $100m.

Cloud computing has also been central to the development of smart robots as it allows various tasks to be managed at scale with security and speed. The robotics as a service (RaaS) market includes products that integrate cloud-based management and analytics services with physical robots.

The leaders in cloud robotics are those combining AI capabilities and infrastructure, namely Amazon, IBM, Microsoft and Google. Waymo’s self-driving cars are cloud robots; produced by the Alphabet subsidiary, the autonomous vehicles access Google’s map and satellite databases as they roam. The map data is combined with streaming data from GPS, cameras, and 3D sensors so each car can not only monitor its own position on the road but also let traffic pattern data guide it for safer driving. The car in turn sends its own findings and data to the Google cloud, thus improving the performance of others in the fleet.

The third sort of AI robotics consists of care robots. Designed to provide care and support to the disabled and unwell, this kind of AI robot is primarily marketed to elderly consumers and care homes.

Marketing to the elderly makes sense. GlobalData analyst Nicklas Nilsson believes AI robot assistants “promise a lot of support for the ageing population which continues to increase.” This rising elderly population poses a significant challenge for many countries due to lack of sufficient caregivers.

“According to the WHO, the proportion of elderly people (aged 60 and over) will increase from 12% in 2015 to 22% in 2050,” Nilsson adds. “Smart robots that can hold simple conversations and learn people’s interests have been deployed in some UK care homes after an international trial found they boosted mental health and reduced loneliness.”

Toyota and Honda have been developing care robots for many years, but it isn’t only Japan (with its famously large elderly population) that’s active in the field. Israeli startups like Intuition Robotics offer bots such as ElliQ, which Verdict recently covered in a look at healthcare’s increasing number of smart assistants. A moving, speaking lamp that resembles Pixar’s Luxo Jr, the device was created with the goal of minimising the impacts of loneliness and social isolation amongst older adults.

The robots probably most familiar to the public are consumer ones; think vacuum and floor cleaning robots. Models from Ecovacs and Roborock offer features such as obstacle identification and route planning, meaning smart bots already have some mainstream exposure  – and they are roving in people’s homes as we speak.

Social robots are care robots one might find under the Christmas tree. But GlobalData recognises them as a niche market, with high price points and technical challenges holding back adoption.

“For a robot to fully function as a companion,” write the analysts, “it needs to be able to demonstrate that it can understand human moods, handle complex constructs like humor, and have a personality of its own.”

AI robot use by sector

Most AI robot success in the consumer and retail end pertains to enterprise and production use. Smart robots, like China’s Dorabot, are being increasingly used for the manufacturing and distribution of consumer goods. The bot uses computer vision (CV) and motion planning to sort goods, with a workload equivalent to between two and three human workers.

On the retail side, fashion store Zara has pioneered the use of robots to speed up in-store collections to improve their buy online, pick up in-store (BOPIS) model. With more customers ordering online, the retailer beefed up its BOPIS process with automation to cut down on customer queues.

Since 2018, Zara customers who have placed orders online are advised to go to a collection point in-store, where they then present a QR code from their order confirmation email. This sends co-bots around the back of stores to search for the requested order and drop it into a collection box for the customer. The smart tech has been adopted across several Zara stores.

Another sector hosting the AI robot revolution is that of packaging. Co-bots in the packaging process can be used to speed up production and ensure quality control through robots equipped with CV. They can also be useful in ensuring safety and sustainability.

On the former front, multinational brewer Carlsberg partnered with co-bot maker Universal Robots to introduce AI robots in its Fredericia plant in Denmark. While at first numbering only two in total, the Carlsberg co-bots can handle up to 500 packaging cartons per hour when working in collaboration with humans, allowing the rest of the labour force to concentrate on quality control and line maintenance in the factory. GlobalData notes that the robots will go a long way towards helping the company achieve its aim of zero accidents, especially vital as the importance of environmental, social, and governance (ESG) standards increases in business.

Packaging operations are now also making use of AI-powered recycling robots from companies such as Colorado-based AMP Robotics. AMP’s AI platform uses CV and deep learning to differentiate and sort materials based on characteristics including colour, shape, texture and logos. Its platform has been used by Keurig Dr Pepper to recycle some of its packaging types back into the supply chain; such adoption success saw AMP raise $55m through a Series B financing round this year.

The rise of smart robots has been given a helping hand by the Covid pandemic. A report last year by GlobalData on Covid-19’s impact on industrial automation noted that the virus affected factory workforces worldwide, meaning that organisations which had invested in robotics as part of an automation strategy were more likely to keep running during the crisis.

During the pandemic, packaging giant Berry Global faced such staff shortages at its Kentucky plant. The solution was the deployment of 19 autonomous mobile robots (AMRs) to ensure production could continue 24 hours a day, seven days a week.

Preventing the spread of Covid-19 also saw robotic solutions deployed in the retail sector. Asda trialled robots in three stores during 2020 that could follow a cleaning route mapped out by staff. Like giant smart Roombas, the co-bots sense when obstacles of the physical or human sort are nearby, and either stop or move around them.

These solutions may not make for headline-worthy fireworks, but they do show that the practicality of the new wave of AI robots is appealing to big brands. But widespread enthusiasm across all of business may need to be triggered by a flashpoint moment that is not yet on the horizon.

“To take industrial automation and industrial robotics to the next level, further advances are needed in certain AI technologies, including CV, neuro-linguistic programming, and contextual awareness,” GlobalData analysts report.

“The virus may serve to accelerate investment in factory automation when the global economy eventually rebounds, but that will take a while.”