Sunrun Inc has topped our hiring leaderboard in the three months to the end of August 2021, advertising for an average of 396 new jobs a month over that period.

This equates to 104 new postions per 1,000 employees at the United States-based company, the highest rate out of the 100 large power industry operations and technologies companies tracked by GlobalData’s job analytics database.

For the purposes of this analysis, we’ve defined a large company as one with more than 1,000 employees and have included those for which GlobalData has comprehensive figures.

Sunrun Inc’s hiring rate has decreased in the past three months when compared to the previous three, with an average of 591 new jobs posted in the three months up to and including May 2021. 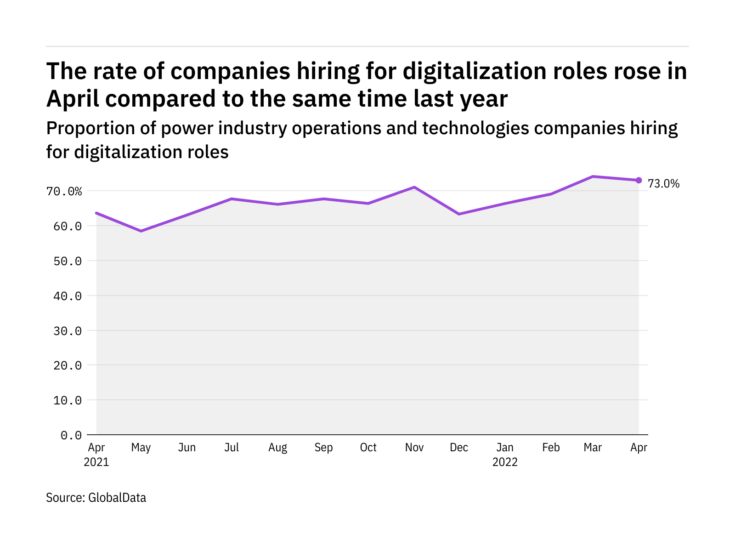 Digitalisation hiring levels in the power industry rose in April 2022

SunPower Corp came in second place based on the rate per employee metric with 84 new job postings per 1,000 employees in the three months up to the end of August 2021, while Plug Power Inc was in third place.

The full top 10 for the three months to August can be viewed in the following table.

When ignoring the size of the company, Honeywell International Inc came top of the rankings for total job ads posted in the past quarter, with Siemens AG in second and Eaton Corporation Plc in third.

GlobalData's job analytics database tracks the daily hiring patterns of thousands of companies across the world, drawing in jobs as they're posted and tagging them with additional layers of data on everything from the seniority of each position to whether a job is linked to wider industry trends such as automation or artificial intelligence.