Climate variability has been the focus of attention during the past two millennia and has been the topic of severe debates and commitments worldwide. The scientists have alerted about the global warming striking a crucial stage and if this requires to be deferred or dealt with we must have deeper cuts in the global carbon emissions in order to keep global temperature rise to less than 2°C within the century.

Mining Mega Trends and Their Impact to your Organisation's Resilience

Numerous mega trends are impacting the mining industry, making an effective resilience program more important than ever to ensure that operations continue as intended. From ESG considerations, through to the use of advanced technologies such as Internet of Things devices, AI, and digital twins, as well as workplace safety, volatility in commodity markets, and the spectre of Covid-19 still looming. Each mega trend has a different impact that needs managing correctly, with a one-size-fits-all approach insufficient. This white paper identifies the mega trends affecting mining businesses, while exploring the opportunities, risks, and implications for operational resilience, with expert insight from Dynamiq on the best practices and approaches to improve business outcomes. Download this document to learn more.
by Dynamiq
Thank you.Please check your email to download the Whitepaper.

Huge amounts of carbon emission from fossil-fuelled power plants for power generation and the transportation sector is the major culprit to global warming. The planet is getting warmer by 0.2°C per decade, according to a report by the Intergovernmental Panel on Climate Change (IPCC), published in October 2018. 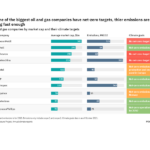 Ever since the beginning of the industrial revolution, average global temperatures have been steadily rising by almost 1°C due to increased human activities. CO₂ levels and other heat-trapping greenhouse gases (GHGs) in the atmosphere are at the highest that they have been at any point and the levels are still increasing. Governments and businesses are showing an increasing consensus on the primary role of carbon pricing in the transition towards a decarbonised economy.

For governments, carbon pricing serves as one of the tools of its climate policy package to decrease carbon emissions. Businesses use internal carbon pricing to assess the effect of mandatory carbon pricing on their operations, as well as a tool to pinpoint possible climate risks and revenue opportunities. For long-term investors, carbon pricing can be used to assess the probable consequences of climate change policies on its investment portfolios, enabling them to re-evaluate investment strategies and re-allocate capital for low-carbon and climate-resilient measures.

The Covid-19 crisis has both a direct and indirect impact on GHG emission and global warming. The current coronavirus pandemic involves the direct and swift impact on carbon emissions due to drop in factory production level and traffic volumes, which resulted in a substantial decrease in the emissions and has been a clear case to be witnessed after a few weeks of lockdown in many countries.

Covid-19 is having a huge effect on carbon markets, with the drop in production levels leading to a sharp decline in the demand for emission allowances, which has resulted in a nosedive in the emission allowance prices, and hence, also in the incentive for investment in clean energy technologies. The crash in carbon prices in the emission trading system makes it less attractive for producers to switch to greener production.

The top ten carbon emitters continue to account for 67% of the total emissions, while some countries / regions such as the US, EU countries (mainly the UK and Germany), Japan and Saudi Arabia have managed to reduce their fossil fuel emissions post the COP21 agreement. However, other major emitters, China and India had a moderate increase in the emissions, while the remaining south-east Asian countries saw strong growth in the emissions on account of robust coal demand.

The carbon market prices in the EU under the EU Emissions Trading System (EU-ETS) are plunging as a consequence of the economic shutdown, highlighting the need to boost the scheme so that a similar breakdown can be sustained effectively in the future. With all the measures being undertaken to combat the spread of the Covid-19 crisis, it will be crucial to guarantee that EU climate policies are in place and not been weakened and stimulus packages should also continue to provide support to the EU Green Deal.

To maintain the EU’s fuel switching, it is crucial for carbon prices to remain stabilised. Considering the case of Germany (like the UK), coal-fired power generation has been considerably lower in 2019 and 2020 due to higher carbon pricing levels and lower gas prices. According to research conducted by Carbon Tracker, ETS prices should remain at €30 per tonne CO₂ to maintain the German power industry’s fuel-switching. Reduced EU allowance pricing would boost coal-fired power generation margins for a few utilities, ultimately pushing them to escalate output from coal.

The carbon prices have declined drastically from an 11-year-high of €29.03 per tonne CO₂ in the summer of 2019 to just above €15 per tonne CO₂ on 25 March. Two weeks before this low carbon price, the EU ETS price stood at €25 per tonne CO₂. The rising EU ETS prices enabled to aid the EU’s goal for coal phase-out. The current decline in carbon prices has led to a profitability boost for lignite power plants and has resulted in decreased revenues to the EU member states coming through auctioning of emission allowances.

Once the Covid-19 subsides, Europe’s decarbonisation strategy will have to be re-thaught and re-built to survive such unforeseen shocks. A reduced economic activity, lower power demand, unprecedented weakened oil prices and an overall muted aviation activity has led to a carbon price collapse. The industry analysts have pegged the carbon price forecasted to be €15 in 2021 amid mounting bearish pressures from Covid-19 pandemic.

A lower carbon price suggests minimal exposure to the carbon price indicator to incentivise carbon emissions reductions. This is specifically crucial for a large polluting industrial domain such as steel, chemicals and cement and the aviation industry. The negative effect on these domains is to a certain extent offset by reduced carbon prices.  This means that any appeal made by the biggest polluting sectors for even higher pollution subsidies are largely baseless and requires to be evaluated closely.

The EU ETS Market Stability Reserve (MSR), a carbon market reform offering price stability for installations included under the EU ETS scheme, has been involved in absorbing surplus allowances since the start of 2019 and was the major reason for the €25 per tonne CO₂ carbon price until 25 March. The EU ETS will continue to extract the surplus allowances and cancel these permits after some time.

The MSR was formulated to deal with past oversupply piled up over the years and not for handling the present or future surplus associated with coronavirus pandemic, economic shutdown and the closure of coal-fired power plants. The MSR requires to be reinforced in the backdrop of the EU Climate Law implementation and the upcoming revision for phase 4 (2021-2030) of the EU-ETS directive.

This suggests that the MSR intake rate needs to be increased to 36% from 2024 onwards, a declining threshold needs to be established for the MSR to enhance its effectiveness and there’s also a requirement for automatic cancellation of emission allowances, which are holding on to the MSR for over five years, and the ETS linear reduction factor (LRF) has to be increased to 4.2% for moving towards decarbonisation of the power and industrial sector by 2040. These legislative proposals are expected to be included by next year. Taking into account the current scenario with the carbon prices declining to the lowest, the EU needs to fasten these processes if carbon pricing does not improve in the medium term.

The experts believe that the current slump in the greenhouse gas emissions due to Covid-19 will be a short-lived phase and once the global economies begin to recover and the revive production levels, the carbon emissions are likely to return to normal. The current low levels of oil prices and carbon emission prices should not halt the transition towards greener pastures by promoting the renewable energy production, energy efficiency measures and limiting the fossil fuel (primarily coal) dependency.

Mining Mega Trends and Their Impact to your Organisation's Resilience

Numerous mega trends are impacting the mining industry, making an effective resilience program more important than ever to ensure that operations continue as intended. From ESG considerations, through to the use of advanced technologies such as Internet of Things devices, AI, and digital twins, as well as workplace safety, volatility in commodity markets, and the spectre of Covid-19 still looming. Each mega trend has a different impact that needs managing correctly, with a one-size-fits-all approach insufficient. This white paper identifies the mega trends affecting mining businesses, while exploring the opportunities, risks, and implications for operational resilience, with expert insight from Dynamiq on the best practices and approaches to improve business outcomes. Download this document to learn more.
by Dynamiq
Thank you.Please check your email to download the Whitepaper.