The top tweets were chosen from influencers as tracked by GlobalData’s Influencer Platform, which is based on a scientific process that works on pre-defined parameters. Influencers are selected after a deep analysis of the  influencer’s relevance, network strength, engagement, and leading discussions on new and emerging trends.

The video details how the wind turbines produce a fraction of the power of a traditional turbine but when put together produce ten times more than normal turbines, using blocked air between the turbines.

Unlike traditional turbines, the vertical-axis turbines are cheaper, safer and use less space. The turbines are currently in the testing stage. 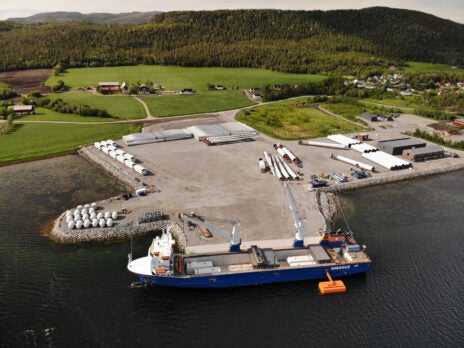 These cheaper, smaller wind turbines can produce 10 times more power than traditional ones.

2. Simon Holmes’ tweet on wind and solar generation per capita

Simon Holmes, senior advisor at Energy Transition Hub, a collaborative venture focused on energy transition challenges, shared a chart representing the growth in wind and solar power generation capacities across various countries between 1990 and 2019. Denmark topped the list with rapid growth from 119Kwh to 2,965Kwh followed by Germany and Sweden with 2,077Kwh and 2,040Kwh respectively.

🤓 the growth in wind and solar energy has been remarkable.

Joshua D. Rhodes, a research associate at the University of Texas, shared an article on the scheduled wind capacity planned to be added by Texas electric grid, Electric Reliability Council of Texas (ERCOT).

The operator is planning to add wind capacity equal to that added over the last five years. The overall wind capacity is expected to increase to 31,069MW from 23,860MW in 2019, the article noted.

This year, the Texas electric grid is scheduled to add almost as much wind as it has in the past five years combined and almost triple its solar capacity. Yes, in 2020.

My latest via @Forbes https://t.co/jrC6BLeyi9

4. David Roberts’s tweet on preference of wind over nuclear energy

David Roberts, an author of energy and climate change at Vox, an online platform covering news and opinions, shared an article on a poll conducted by market research firm Morning Consult on the energy sector.

The poll revealed that 49% of people in the US viewed nuclear energy as unfavourable, while zero emission energy sources such as wind and solar were considered favourable. Approximately 10% of the respondents wished to choose wind energy to power their house, if they had influence on utility company, the article noted.

Oof, not good news for nuclear power supporters — it is the least popular source of energy other than coal.

(Dear Democratic politicians: please look at these solar & wind numbers & tell me why clean energy isn't the No. 1 agenda item for the party.)
https://t.co/6MSltVYlCd pic.twitter.com/UYRYH9gctw

Assaad Razzouk, CEO of Sindicatum Renewable Energy, a clean energy company, shared an article on China’s progress in wind farms over land and sea amid the pandemic. China is currently leading in new offshore installations and by 2030, the country is expected to reach 52GW capacity.

The move towards building wind capacity was aimed at developing a new industry to create jobs and reduce dependence on coal-based energy production. Construction of wind farms is mostly concentrated on the east coast due to strong winds, population availability for consumption and ease in transmitting power.

China is rapidly building a world-beating wind energy revolution
despite a pandemic and a global recession, busy constructing more offshore wind capacity than the rest of the world combined – targeting a uuuge 52GW capacity by 2030https://t.co/LMG9AdMFqm

6. Erik Solheim’s tweet on impact of wind turbines on environment

Erik Solheim, former director at United Nation Environment Programme, shared an article of WEF on the negative impacts of wind farms on the surrounding environment. The influencer noted that wind turbine blades lead to the death of six to eight white-tailed eagles every year.

Wind energy is expected to generate 6% of the total global electricity demand by 2023, which will further increase the bird’s fatality rate. Norway researchers conducted an experiment at the Smola wind farm and found that painting one blade of the turbine with black colour decreased bird’s fatality rate by 70%.

Wind Energy is a most promising source of Energy. But it sometimes destroy landscapes and it causes bird deaths.
Experiments in Norway 🇳🇴 show ways to drastically reduce killed birds. Well done!

The article noted that Johnson plans to make huge investments in renewables to meet its goal of net zero emissions by 2050. Johnson added that the UK has huge potential for wind energy, which should be tapped by embracing new technologies.

UK can be 'Saudi Arabia of wind power' – PM

Prime Minister Boris Johnson says he wants to make a "big bet" on renewables, turning the UK into the "Saudi Arabia" of wind power. https://t.co/wPmq8ugyvp

Wind energy accounted for approximately 6.82% of in-state generation capacity, according to the data.

Mark Z. Jacobson, director of atmosphere and energy programme at Stanford University, shared an article on Enter Wallenius Marine’s Oceanbird, a wind powered car carrier. The  ship uses its 80ft-tall wings for propulsion instead of sails, while its fins are capable of collapsing down to 45ft whenever ship encounters bridges or rough seas.

Developed by Wallenius Marine in collaboration with KTH Royal Institute of Technology and SSPA, the ship is expected to be launched by 2025.

Peter Hannam, an environment editor at The Sydney Morning Herald, shared an article on the annual report shared by the Office of the Wind Commissioner on the decline in number of complaints filed over wind farms in 2019. The influencer noted that community concerns over wind farms seem to be diminishing once the operations commenced.

The data indicated that complaints on proposed farms are higher than those on operating farms. National Health and Medical Research Council, a research body, conducted a year-long study on the effect of wind farms on human health but found no consistent evidence, the article added.

@globaldataplc
The world is becoming more complex, uncertain, and fast-moving than ever before, which is why GlobalData exists. Our mission is to help our clients decode the future to be more successful and innovative.
SUBSCRIBED