The windfarm covers an area of 40km², which is being developed in the German waters of the Baltic Sea, off the island of Rügen.

Under the contract, MHI Vestas will supply up to 52 units of the V174-9.5MW offshore wind turbine, which is the latest released version of a 9MW platform.

Iberdrola renewables business director Xabier Viteri said that Baltic Eagle ‘confirms the company’s firm commitment to use technological innovation to delivering utility-scale renewable projects which combat climate change and foster economic and social development in the territories where we operate’.

Contract News
Energy in 2030 will redraw the global geopolitical map 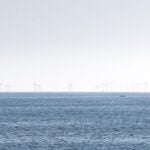 Alongside launching main geotechnical campaign last year, Iberdrola stated that all necessary design and contracting activities for main components are also progressing under the project programme. Baltic Eagle is nearly 75km off the coast and will be linked to Lubmin station through two new high-voltage (HV) cables by 50Hz.

MHI Vestas CEO Philippe Kavafyan said: “We are extremely proud to launch our V174-9.5MW turbine with the Baltic Eagle project. This will be a tremendous opportunity for MHI Vestas to deepen our experience in German waters and notably in the Baltic Sea. We look forward to confirming the order with Iberdrola and readying for installation.”

“This will be a tremendous opportunity for MHI Vestas to deepen our experience in German waters and notably in the Baltic Sea.”

Baltic Eagle is the second major offshore project being undertaken by the Spanish firm in Germany, after the connection to the grid of the 350MW Wikinger windfarm in 2017.

The combination of Wikinger and Wikinger Süd will see the creation of the largest offshore wind complex in the Baltic Sea, with a total installed capacity of 836MW and investment of €2.5bn.

With an ability to displace 1.65 million tonnes of CO2 a year, the complex will help the country meet emission reduction targets. It will also be producing enough energy to meet 45% of the total electricity consumption of Mecklenburg-West Pomerania state.

The complex will be operated through Mukran port on the island of Rügen.