GlobalData, a leading data and analytics company, has revealed its global league tables for top 10 legal advisers in power sector by value and volume for H1 2021 in its report, ‘Global and Power M&A Report Legal Adviser League Tables H1 2021’.

Cleary Gottlieb Steen & Hamilton and Watson Farley & Williams were the top mergers and acquisitions (M&A) legal advisers in the power sector for H1 2021 by value and volume, respectively.

Cleary Gottlieb Steen & Hamilton advised on seven deals worth $25.3bn, which was the highest value among all the advisers tracked. 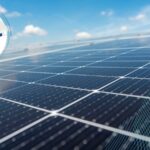 Watson Farley & Williams led in terms of volume, having advised on 24 deals worth $421m.

GlobalData lead analyst Ravi Tokala said: “Watson Farley & Williams was the only firm to advise on more than 20 deals. Surprisingly, it did not manage to advise on any high-value transactions, and so did not feature among the top ten advisors by value.