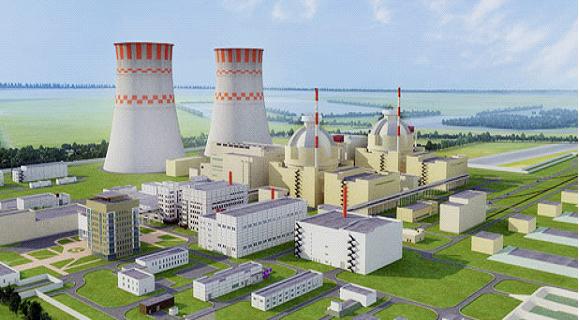 The government of Bangladesh has begun construction on the first phase of the 2,000MW Rooppur nuclear power plant project in Ishwardi, Pabna, located at 200km from Dhaka.

To be implemented by the Bangladesh Atomic Energy Commission (BAEC), under the Science and Technology Ministry, the nuclear project will feature two 1,000MW e-class Rosatom reactors, each costing an estimated $1.5 to $2bn.

Rosatom will build and operate the plant, as well as provide fuel. Site works will begin in early 2014, actual construction work in 2015 and expect to bring into operations of the first unit by 2020.

Once operational, the project is likely to provide 10% of the country’s total power and help achieve the government’s projected target of 20,000MW power capacity by 2021. It can be connected to the grid through the sub-station at Ishurdi, located at 4km from Rooppur.

"The project is likely to provide 10% of the country’s total power and help achieve the government’s projected target of 20,000MW power capacity by 2021."

In late June 2013, NIAEP-ASE was awarded a contract to prepare documents containing the feasibility evaluation and environmental impact assessment of the Rooppur site as well as carry out necessary surveys and ecological studies for the first nuclear plant construction project.

The project, which will have a lifespan of around 60 years with a scope of extension for another 20 years, has received approval from the country’s Executive Committee of the National Economic Council in April 2013.

In January 2013, Russia has agreed to provide a $500m loan to Bangladesh to help finance engineering surveys on the site, project development and personnel training.

Russia will also provide a second loan of over $1.5bn or 90% of the total construction cost of the first unit, while the remaining 10% will be provided by the host country.

In February 2011, Rosatom entered into an agreement with the BAEC to provide two reactors for the proposed project.

Image: Foundation Laying Ceremony of the Establishment of Rooppur Nuclear Power Plant (1st Phase) Project. Photo: courtesy of the Ministry of Science and Technology, Government of the People’s Republic of Bangladesh.