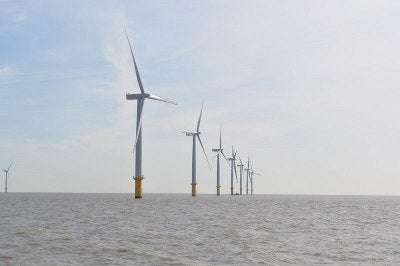 The developers of a controversial wind farm, planned for off coast Aberdeen, has offered a deal to the UK Ministry of Defence in a bid to get the green light for the project.

If approved, the £230m European Offshore Wind Deployment Centre, a joint venture between Vattenfall, Aberdeen Renewable Energy Group and Technip, will see the installation of 11 turbines about 2.4km from Donald Trump’s golf course.

The developers believe the project will bring major economic benefits to Scotland, but US tycoon Trump and the National Air Traffic Services are worried about the impact the turbines will have on aircraft radar systems.

The news comes eight days after Vattenfall and its partners confirmed they have signed Memoranda of Understanding with six potential suppliers interested in using the demonstration site.

Trump told the press that if the Scottish Government approves the plans he will launch a bid to delay it in the courts. "We have studied this issue in great detail and the objection from the Ministry of Defence is insurmountable," he added.

Vattenfall and its partners said they will provide a solution to combat any aircraft interference, reports STV.

Image: Vattenfall and its partners intend to build an offshore wind farm off the coast of Aberdeen. Photo: courtesy of Politikaner.