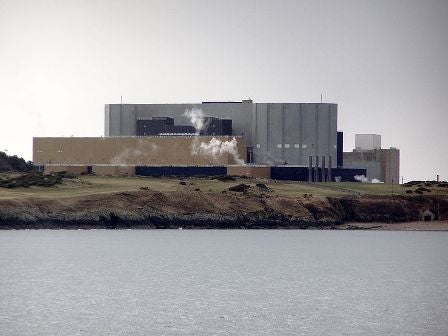 Japan-based Hitachi has completed the acquisition of Horizon Nuclear Power, a joint venture between German utilities RWE and E.ON.

Hitachi now owns two nuclear sites in the UK – one at Wylfa in Anglesey and the other at Oldbury in South Gloucestershire.

The company plans to build two to three 1300MW nuclear plants at each of these sites and the first unit is expected to be operational between 2020 and 2025.

Hitachi also said two British firms, Babcock International and Rolls-Royce, have signed memorandums of understanding to join it in planning and delivering the programme.

The firm will now work towards achieving licence acceptance under the Generic Design Assessment process as governed by the Office for Nuclear Regulation.

The company will start discussions with UK regulators to obtain approval to use advanced boiling water reactor (ABWR) technology, the only generation III advanced nuclear technology in operation in the world.

ABWR technology is already licensed for use in several countries, and four such reactors have already been built in Japan, on time and to budget.

Hitachi executive officer and vice president Masaharu Hanyu said the company will help the UK achieve its vision of a secure low-carbon and affordable energy supply.

"The acquisition of Horizon is the first step in this journey, which will see us strive to build a strong UK power production company and support the creation of thousands of highly skilled jobs in the UK’s energy sector," Hanyu added.

"We look forward to welcoming Horizon management and employees to Hitachi and working with them on this exciting project."