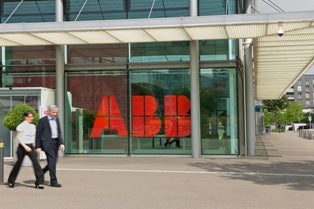 Swiss automation and power firm ABB has secured a $25m contract to supply an electrical and control system for a 75MW photovoltaic (PV) power plant in the Northern Cape province of South Africa.

Located in the Kalahari Desert close to the town of Kathu, the power plant is jointly owned by South African construction firm WBHO and Italian renewable energy company Building Energy.

Upon its completion in 2014, the plant is expected to be one of the world’s largest PV power plants with a single-axis tracking system.

The plant will be able to generate around 146GWh of clean solar power to feed into the South Africa’s national grid, enough to meet the energy needs of more than 40,000 people.

In addition, the electricity generated from the plant is expected to save over 55,000t of CO2 emissions per year.

As per the deal, ABB said it will supply an electrical and automation solution, which will optimise the performance of the Kathu plant to maximise output and ensure reliability in remote and demanding operating conditions.

The solution includes a range of ABB power products such as medium and low-voltage switchgear, distribution transformers and control and protection devices.