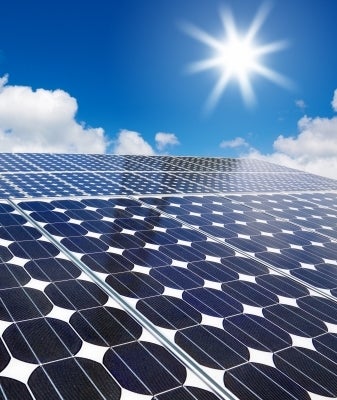 Abengoa has completed the construction of the 50MW Khi Solar One tower in Northern Cape, South Africa.

Abengoa said the solar tower is 205m tall and will be the first concentrating solar power plant in operation in South Africa.

The plant will use the technologically advanced dry cooling, which dramatically reduces water consumption by two-thirds. The tower plant is located on a 600ha site close to Upington, in the Northern Cape Province.

"Abengoa said the solar tower is 205m tall and will be the first concentrating solar power plant in operation in South Africa."

The partners in the project are Industrial Development (IDC) and the Khi Community Trust.

Around 1,400 local construction jobs and 70 permanent jobs will be created by these two projects, while reducing the country’s carbon dioxide emissions by around 498,000t each year.

The South Africa Department of Energy aims to bring 17,800MW online from renewable sources by 2030.

Abengoa currently has 21 plants in operation with a total installed capacity of 843MW, as well as 810MW under construction worldwide.

Image: The solar projects will reduce carbon dioxide emissions by about 498,000t each year. Photo: courtesy of Freedigitalphotos.