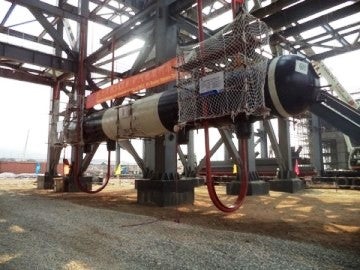 The African Development Bank (AfDB) has approved a senior loan of up to $150m to finance the construction of the 300MW Maamba coal-fired power project and the revamping of the Maamba coal mine in Sinazongwe District, Zambia.

The project, which is being developed by Maamba Collieries, a company owned by Nava Bharat Singapore (65%) and ZCCM-Investment Holdings (35%), will include two 150MW coal fired power plants featuring circulating fluidized bed combustion technology.

Once operational in October 2014, the 300MW project, which is the first phase of the 600MW Maamba project, will help end load shedding in the country, which is facing a severe power deficit.

Chinese company SEPCO Electric Power Construction was selected for the implementation of the project, which will be connected to the Zesco national grid at Muzuma near Choma through an under-construction power transmission line.

"The project is aimed at producing power and simultaneously preventing pollution associated with self-burning low-grade coal stockpiled and located in the project area."

The project, which will create 2,000 construction jobs, is aimed at producing power and simultaneously preventing pollution associated with self-burning low-grade coal stockpiled and located in the project area.

Acting as a co-mandated lead arranger along with South African bank Absa Capital, AfDB will help mobilise capital from development finance institutions and commercial financiers, and coordinate the due diligence process for the $800m project.

AfDB division manager for infrastructure finance Tas Anvaripour said that having approved finance for the Ithezi Thezi hydropower project in 2012, the bank continues to support Zambia's power sector with the latest approval.

"By capitalising on readily available low-grade coal resources that are otherwise left to self-combust in the open air and inflict an environmental burden on the entire Maamba area, the project will produce much-needed power for households, businesses, and Government, while remediating a long-standing environmental concern," said Anvaripour.