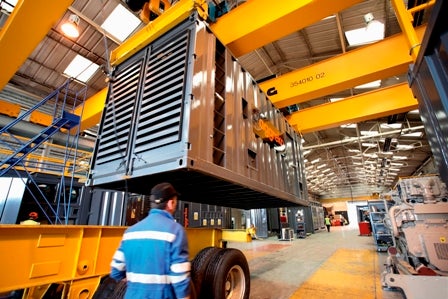 Aggreko has secured a contract worth over $200m to provide 122MW of power to Mozambique and Namibia for a minimum of two years.

Under the contract, Aggreko will provide the power from its plant at Ressano Garcia in Mozambique, which opened last year, to Electricidade de Moçambique (EDM) power utility and NamPower in Namibia.

EDM will utilise about 32MW while NamPower will use up to 90MW, based on the specific needs of both the utilities.

Ressano Garcia, a natural gas-fired plant, is scheduled to go into production in the second quarter of 2013.

Aggreko will generate the power, utilising a sub-concession agreement with Gigawatt Mozambique.

"It underlines the immense potential of the Southern African Power Pool to be a real conduit of co-operation and development among the countries of southern Africa," Soames said.

Aggreko said the facility at Ressano Garcia was built as part of a project in which it became the first cross-border, interim independent power provider to the Southern African Power Pool (SAPP).

The first phase of the project started power production in July 2012, and is currently providing 110MW of power to EDM and the South African utility Eskom.

Image: Aggreko will provide 122MW of power to EDM and NamPower. Photo: Courtesy of Aggreko.