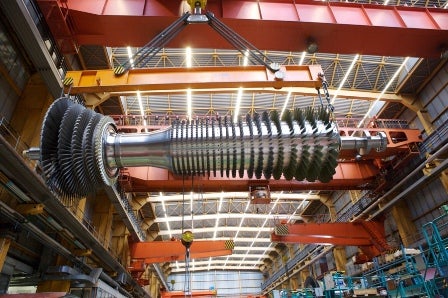 Under the first contract, Alstom will deliver a GT13E2 gas turbine and associated spares for a new fast-track simple cycle power plant being built in the region of Zarqa.

The power company will design, deliver and supervise the installation of one gas turbine, generator and auxiliaries for the new unit.

The generating station, whose commercial operation is scheduled for June 2013, will add 146MW to the Jordanian grid – bringing more generation capacity ahead of the peak summer months.

Under the second contract, the firm will supply its steam-tail add-on technology to convert the existing Samra III simple cycle gas-fired station with a capacity of 285MW to a combined cycle plant.

The ‘add-on’ of this technology will boost power generation capacity by an additional 143MW and the project is expected to enter commercial operation in 2015.

"Our technology is well suited to the needs of the region and will support the Middle East in increasing its generation capacity in the most efficient and cost effective manner," Coxon added.

Image: Under the contract, Alstom will deliver GT13E2 gas turbine and other equipment. Photo: courtesy of Alstom.