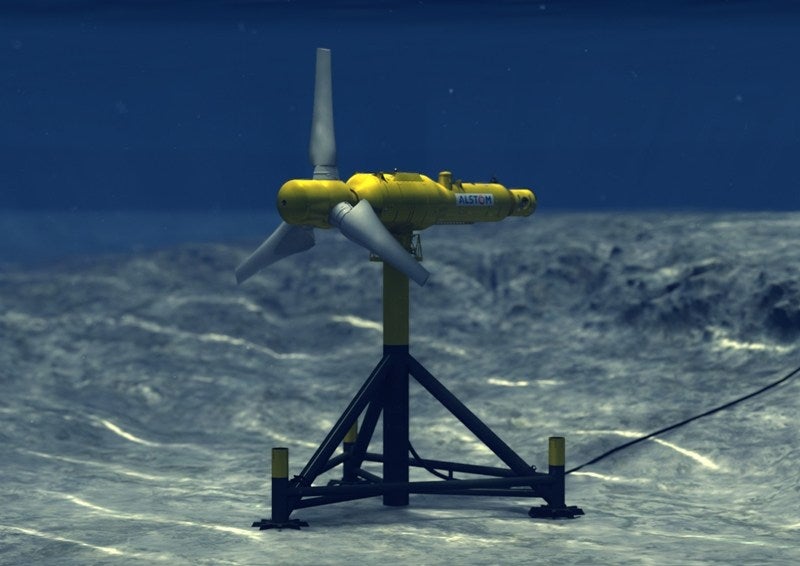 Alstom said its full-scale tidal device has reached the full nominal power of 1MW after a series of gradual increases in power.

The turbine, which is being tested at the European Marine Energy Centre (EMEC) in Orkney, Scotland, first started generating energy in March 2013.

The turbine, which is now connected to the grid, has generated more than 10MWh of electricity in actual operating conditions.

The company said it will now begin tests of the turbine’s autonomous capabilities, continue with the planned maintenance and collect evidence for certification.

"The turbine, which is now connected to the grid, has generated more than 10MWh of electricity in actual operating conditions."

The endurance and reliability will also be tested into 2014, with tests in pilot farms to follow before the start of full commercial production.

Alstom Ocean business vice-president Rob Stevenson said: "We are enthusiastic following the initial tests of our tidal stream turbine which successfully demonstrated the advantages of Alstom tidal turbine technology, in the challenging environment of the Fall of Warness in Orkney."

The tidal turbine has a 22m long nacelle and weighs 150t and its rotor features three pitchable blades with a diameter of 18m.

Alstom said the unit operates fully submerged with no surface piercing part, in a water depth of approximately 40m, while the nacelle can rotate around vertical axis to face the incoming tide at an optimal angle, and thus extract the maximum energy potential.