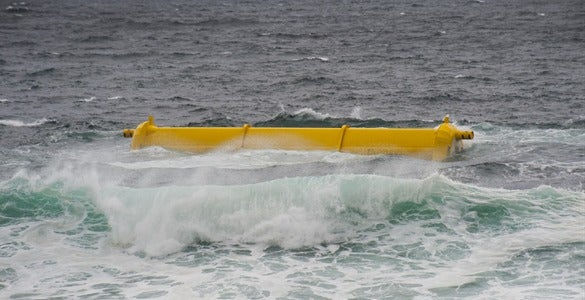 Aquamarine Power has secured approval from the Scottish Government to develop the world’s largest commerical wave farm off the north-west coast of Lewis, Scotland.

The approval paves the way for Aquamarine subsidiary Lewis Wave Power to start installing Oyster wave energy machines at the site in the next few years, once grid infrastructure has been put in place.

The company plans to deploy between 40 and 50 Oyster wave energy machines along the coast at Lag na Greine, near Fivepenny Borve.

On completion, the 40MW farm will have the capacity to power about 30,000 homes in the region.

In 2012, Comhairle nan Eilean Siar (Western Isles Council) approved planning for an onshore hydroelectric power plant, which will be connected to the Oyster wave energy farm.

"We believe wave energy presents an important opportunity for the Isle of Lewis. Our development could provide significant economic benefit to the local community."

Aquamarine Power chief executive officer Martin McAdam said securing approval is a significant milestone for the company, which has worked in close consultation with the people and businesses of Lewis in the development of proposals.

"We believe wave energy presents an important opportunity for the Isle of Lewis. Our development could provide significant economic benefit to the local community," McAdam added.

"In Orkney, for example, we have spent over £5m in the local economy during the installation of the first two Oyster devices and have worked with over 40 local companies as part of our commitment to sourcing much of the services and expertise we require locally."

Aquamarine Power is currently testing its second full-scale wave machine, known as the Oyster 800, at the European Marine Energy Centre in Orkney, and is now generating electrical power to the grid.

Scotland Minister for Energy, Enterprise and Tourism Fergus Ewing said: "The development of up to 50 Oyster wave devices off the North West coast of Lewis, when operational, will have the power to produce 40MW of renewable electricity.