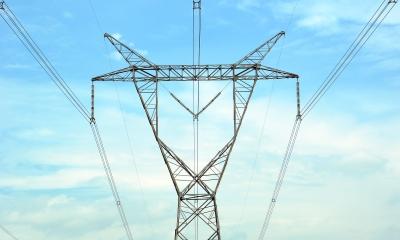 Valard will install about 310 miles of 500kV high-voltage direct current (HVDC) transmission line between the Edmonton and Calgary.

The company will also be responsible for foundation construction, tower assembly and erection, as well as conductor stringing.

Construction is scheduled to start in spring 2013, while the EATL transmission line is anticipated to be completed by the end of 2014.

Quanta Services president and chief executive officer Jim O’Neil said that increasing demand for electricity in southern and central Alberta is expected to surpass the capacity of the 240kV transmission system that currently delivers power to the area.

"The Eastern Alberta Transmission Line is a critical transmission infrastructure project designed to improve grid reliability now and in the future."

"The Eastern Alberta Transmission Line is a critical transmission infrastructure project designed to improve grid reliability now and in the future," O’Neil added.

Valard Construction president Adam Budzinski said that although Alberta has been growing rapidly for many years, there have been no major reinforcements to the north-south transmission infrastructure in the province for 20 years.

"Valard brings extensive experience, resources and a history of safe execution to the EATL project which, once in service, will be one of the first DC transmission lines in Alberta," Budzinski noted.

In November 2012, ATCO received approval from the Alberta Utilities Commission (AUC) to build the EATL, which is one of the three major high-voltage transmission projects that are currently underway in Alberta.

Other projects in the province include Altalink’s $1.4bn western transmission line between the Wabamun area and Calgary and Altalink/Epcor’s $614m Heartland line via Strathcona County from south Edmonton to the Redwater substation.

Image: The $1.6bn Eastern Alberta Transmission Line project is one of three major high-voltage transmission projects that are currently underway in Alberta. Photo courtesy of FreeDigitalPhotos.net.