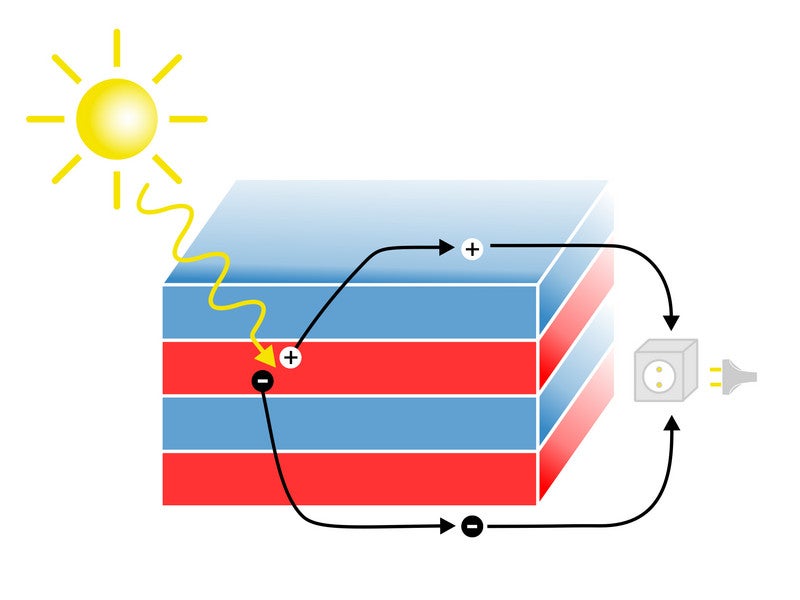 Scientists at the Vienna University of Technology (TU Vienna) in Austria have discovered a new class of materials that could be used to develop ultra-thin solar cells.

During a study the scientists discovered that single atomic layers can be combined to form the materials, known as layered oxide heterostructures.

The TU team, along with colleagues from the US and Germany, has now demonstrated how these heterostructures could be used to create new, efficient, ultra-thin solar cells.

Professor Karsten Held from TU’s Institute for Solid State Physics commented; "Single atomic layers of different oxides are stacked, creating a material with electronic properties which are vastly different from the properties the individual oxides have on their own."

When two appropriate types of oxides or isolators are stacked, the surface of the material becomes metallic and conducts an electric charge, the team noted.

"For us, this is very important. This effect allows us to conveniently extract the charge carriers and create an electrical circuit," Held added.

Traditionally, light is turned into electricity when a photon is absorbed, causing an electron to leave its place and an electric current to flow.

When an electron is removed, a positively charged region stays behind – a so-called "hole". Both the negatively charged electrons and the holes contribute to the electrical current.

Elias Assmann, who carried out a major part of the computer simulations at TU Vienna said; "If these electrons and holes in the solar cell recombine instead of being transported away, nothing happens and the energy cannot be used.

"The crucial advantage of the new material is that on a microscopic scale, there is an electric field inside the material, which separates electrons and holes."

The new solar cells will now be built and tested in Würzburg, Germany.

Image: Sunlight is converted into electrical current in a layered structure. Photo: Courtesy of Tuwien.