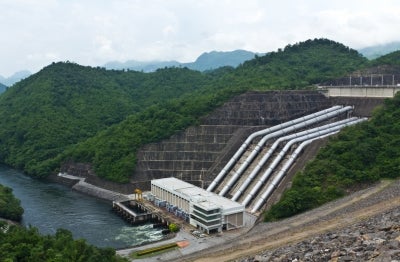 Under the order, BHEL will manufacture, deliver, erect and commission the electro-mechanical equipment for the Mangdechhu Hydroelectric project.

BHEL will provide four Pelton turbines and generators of 170MW each, while the related equipment will be manufactured and supplied by the firm’s facility in Bhopal, India.

The hydropower project is being established under a bilateral agreement between the Indian Government and the Royal Government of Bhutan.

BHEL’s latest order for the main electro-mechanical package marks the third consecutive contract in Bhutan, after Punatsangchhu-I and II projects.

“The hydropower project is being established under a bilateral agreement between the Indian Government and the Royal Government of Bhutan.”

In Bhutan, the company already installed its 336MW electro-mechanical equipment at Chhukha, 60MW at Kurichhu and 1020MW at the Tala hydroelectric projects.

As of now, these power projects account for 95% of the total generating capacity in Bhutan, making hydroelectricity the nation’s current single biggest revenue earner.

BHEL said it was currently working on hydropower projects in Afghanistan, the Democratic Republic of the Congo, Rwanda, and Tajikistan.