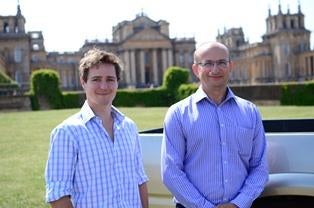 Blenheim Palace and British renewables firm Hallidays Hydropower has come together to develop a £180,000 micro hydropower scheme on the River Glyme this autumn.

Hallidays will construct the micro-hydropower system, which will generate enough green energy to power 18 homes.

The project will use an Archimedean screw turbine, which is expected to have a lifespan of more than 40 years and is expected to generate an income of £12,600 every year in its first 20 years of service.

The scheme is also anticipated to save the estate at least £5,760 a year in electricity costs, giving a net return of £18,000 or more each annum.

The project will start generating 82,000kWh of renewable energy by the end of 2013, while Blenheim Palace has plans to launch a second hydropower development jointly with Hallidays in 2014.

The Archimedean screw turbine is a fish-friendly technology, while a side stream will be developed to improve fish spawning grounds and enhance the Bladon Dam ecosystem where the turbine is expected to harness a maximum of 87% of the energy from the falling water.

"The scheme is also anticipated to save the estate at least £5,760 a year in electricity costs, giving a net return of £18,000 or more each annum."

Blenheim Palace property director Roger File said, "By the end of 2013 we will be generating 82,000 kWh of clean power each year – 60,000 kWh of that will come from this single development with Hallidays.

"Next, we’re installing two biomass boilers and, we hope, will be unveiling a second hydropower development with Hallidays in 2014."

"The generating potential of Britain’s rivers is immense, the Environment Agency has identified several thousand potential hydro sites that will both improve the local environment and generate electricity."