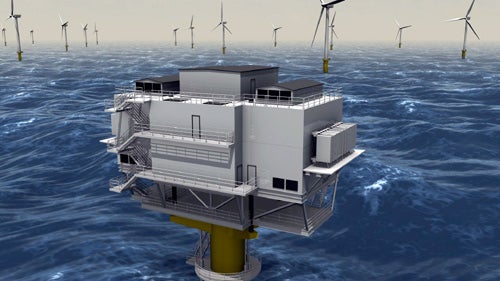 Ofgem has appointed the Blue Transmission consortium, comprising Macquarie Capital and Barclays Infrastructure Funds, to own and operate the transmission link to the 317MW Sheringham Shoal offshore wind farm in the UK.

Blue Transmission will acquire the link for £193m, which will bring the total amount of investment in the first tender round of the OFTO scheme to £660m.

Located off the coast of North Norfolk, the wind farm features 88 turbines with a capacity of 3.6MW each, which will generate approximately 1.1TWh of clean energy annually.

The $1.8bn wind farm has been built by Scira Offshore, which is a joint venture between Norwegian energy companies Statoil and Statkraft.

The project is in line with the UK Government’s target of producing 15% of its energy from renewable sources by 2020.

"The project is in line with the UK Government’s target of producing 15% of its energy from renewable sources by 2020."

In September 2012, Ofgem E-Serve also appointed Blue Transmission as the preferred bidder to own and operate the high-voltage link for the London Array (Phase 1) wind farm.