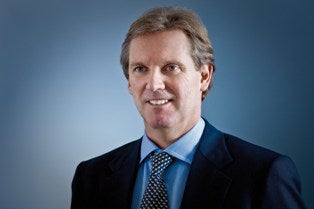 As a result of this move, annual dual fuel bills for the firm’s customers with an average consumption will increase by around £80 on 16 November.

The company said rising wholesale prices and higher costs to upgrade the national grid were among the reasons to increase prices.

British Gas managing director Phil Bentley acknowledged that household budgets were under pressure and this £1.50 per-week rise would be unwelcome.

"Britain’s North Sea gas supplies are running out, and British Gas has to pay the going rate for gas in a competitive global marketplace."

"We simply cannot ignore the rising costs that are largely outside our control, but which make up most of the bill," he said.

"Britain’s North Sea gas supplies are running out, and British Gas has to pay the going rate for gas in a competitive global marketplace. Furthermore, the investment needed to maintain and upgrade the national grid to deliver energy to our customers’ homes, and the costs of the government’s policies for a clean, energy efficient Britain are all going up."

The company said it was making ‘every effort’ to cut down its own operating costs while maintaining high standards of customer service.

British Gas rival SSE, which trades as Scottish Hydro, Swalec and Southern Electric, has already announced it will raise its prices by an average of 9% from 15 October.