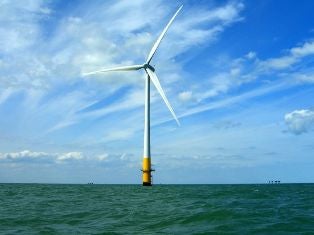 "The Liu’ao wind power project will use a number of 3MW to 5MW turbines for a combined capacity of 300MW."

The project is included in the development programme of Fujian province, which divides the sea area into four quarters, each slated to provide up to 1.5GW of energy.

It is hoped that this plan will avoid conflicts with other users of ocean resources.

The Liu’ao wind power project will use a number of 3MW to 5MW turbines for a combined capacity of 300MW.

FDIWPD has already invested CNY30m ($4.82m) in the feasibility study and submitted its results for examination and approval from the Chinese energy regulator.

The offshore wind farm will be located in Taiwan Strait and is expected to generate between 600,000MWh and 730,000MWh of clean electricity annually, reports Design Build Source.

Benefits of the selected location include a modest water depth and a flat seabed, which would make laying foundations and cables easier, as well as existing onshore support facilities due to a 101.6MW wind farm.