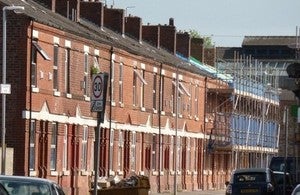 The UK Department of Energy and Climate Change (DECC) has unveiled a £20m scheme to help local authorities kick-start the delivery of the Green Deal.

Under the new proposals, local authorities in England will be able to bid for funding from a £20m fund to help homes identified by them to benefit from the Green Deal on a street-by-street or area basis.

As part of the process, local authorities will offer incentives to households in the areas to encourage them to install energy efficiency home improvements under the Green Deal.

DECC will assess the incentives proposed by local authorities as part of their bids for funding, which will run up to 31 December 2013 or until the funds are exhausted.

"Local authorities will offer incentives to households in the areas to encourage them to install energy efficiency home improvements under the Green Deal."

"They know which streets and properties could most benefit from a Green Deal to improve their energy efficiency, and what local people need to provide them with a greater choice."

DECC has already provided £23m of funding for core cities and local authorities to kick-start the Green Deal, and a £200m energy efficiency scheme for homes in the north-east – Warm Up North – has also been announced by Newcastle City Council.

Under the energy efficiency scheme, approximately 50,000 households and businesses in the north-east are expected to benefit.

Image: Homes identified by local authorities will benefit from the Green Deal on a street-by-street or area basis. Photo: courtesy of Alex Pepperhill.