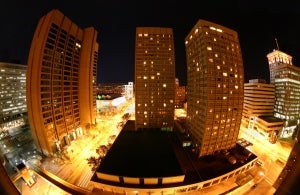 A report by Moixa Technology has revealed that distributed energy storage (DES) will become a major growth sector in the UK as the country attempts to maintain grid stability.

Moixa said maintaining electricity supplies during peak demand presents grid operators with several challenges aimed at keeping the lights on in the UK.

Moixa has submitted a bid to install its MASLOW storage technology across 750 homes.

MASLOW is a DES meter attached storage system, which helps reduce peak demand and lower energy bills by shifting direct current loads from lighting, communications and electronic devices, to batteries charged during low tariff times from local renewable sources such as solar PV, or at times of excess wind supply.

Moixa CEO Simon Daniel said negative electricity prices and renewable curtailment were caused in parts of Europe last week as a result of the unpredictability of solar and wind resources.

"We’ve estimated that by using MASLOW DES systems with local solar PV, excess wind supply and low overnight energy prices, energy bills could be reduced by up to 30%, and keep essential consumer devices online if the grid fails."

According to the report, interest in energy storage is growing rapidly and incentives from foreign countries are being offered to develop the MASLOW technology.

Earlier in this month, California set a proposed 2020 procurement target of 1.3GW of battery storage for network operators.

German grants of €25m are being used to subsidise battery costs installed alongside solar PV systems.

"The expected shortfall in reliable generating capacity has been caused, in part, by a lack of commitment to a balanced portfolio of generation, storage and network investment.