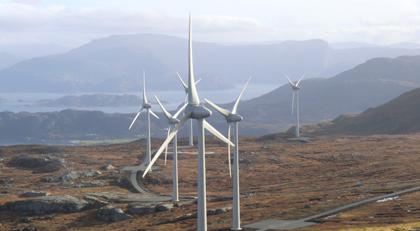 The two wind farms, which are located close to the west coast of Norway approximately 300km north of Bergen, have a total installed capacity of around 23MW.

The company said it is now focusing more on developing, constructing and operating offshore wind farms.

"The company said it is now focusing more on developing, constructing and operating offshore wind farms."

"By 2020 we want to triple this number so that a total of more than six million households can get their power from DONG Energy’s offshore wind turbines."

The company claimed that it has installed more than one out of three offshore wind turbines.

Leupold said the company so far has installed offshore wind turbines capable of delivering power enough for the annual consumption of more than two million households.

Image: The wind farms are located around 300km north of Bergen; Photo: courtesy of DONG Energy.