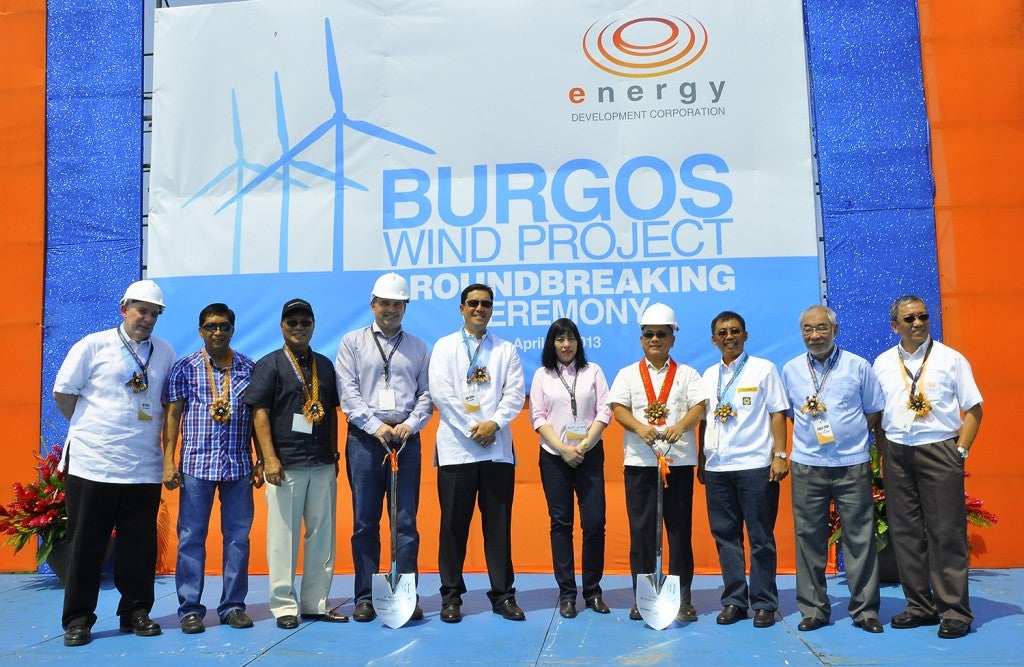 Energy Development Corporation (EDC) in the Philippines has secured a Certificate of Confirmation of Commerciality from the Department of Energy (DOE) for its 87MW Burgos Wind Project (BWP) in the province of Ilocos Norte.

EDC said the $300m project will be one of the largest investments made to date in Ilocos Norte.

The project, which broke ground last month, will also feature a 115kV transmission line that will connect the wind farm to the Laoag substation of the National Grid Corporation of the Philippines.

Once operational, BWP is expected to generate about 233GWh of electricity a year, enough to power more than a million households and displace 129,000 tonnes of carbon emissions.

BWP is expected to generate about 233GWh of electricity a year, enough to power more than a million households and displace 129,000 tonnes of carbon emissions.

The project will augment the Luzon grid’s dependable capacity, which needs an additional 4,200MW in the next ten years.

EDC president and COO Richard Tantoco said the certification will allow the firm to achieve commercial operations by 2014.

"We have the distinction of having over seven years of accurate wind data so we are absolutely certain of our site and the wind resource," Tantoco added.

"Because of this, we are rapidly taking all necessary steps to increase the capacity of the Burgos Wind Project from 87MW to 150MW."

EDC will sell the electricity generated from the project under a Feed-in-Tariff system pursuant to the Renewable Energy Act of 2008.