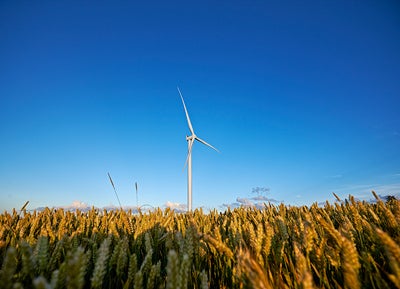 EDF EN Canada and Enbridge have signed an agreement with Greengate Power to jointly acquire the 300MW Blackspring Ridge wind project in Alberta, Canada, for $600m.

Located in Vulcan County, Alberta, Blackspring Ridge wind farm will be the largest wind project in Western Canada once completed.

As per the deal, EDF EN Canada and Enbridge will each own 50% of the project, while Greengrate will continue to work on the project through its development.

EDF EN Canada will build the project under a fixed price engineering, procurement and construction contract.

Construction is expected to commence in the second quarter of 2013 and be completed in mid-summer, 2014.

After completion, the project is expected to generate enough electricity to serve about 140,000 homes in Alberta.

EDF EN Canada vice president of development Cory Basil said the project will add to the company's existing portfolio of over 1,000MW of renewable energy projects in Canada.

"The Canadian renewable energy market is a strong focus for EDF EN, having a significant presence in Ontario and Quebec since 2007," Basil added.

Enbridge vice president of green energy Don Thompson said Blackspring Ridge is an "important addition" to the company's fleet of renewable projects as it expands its wind energy portfolio in the Alberta market.

"Alberta is an attractive environment for wind investments due to its high wind capacity factor and access to transmission," Thompson said.

Greengate has agreed to sell all the Renewable Energy Credits (RECs) linked with the 1,021GWh of energy to be generated from Blackspring Ridge Wind Project to Pacific Gas and Electric Company (PG&E).