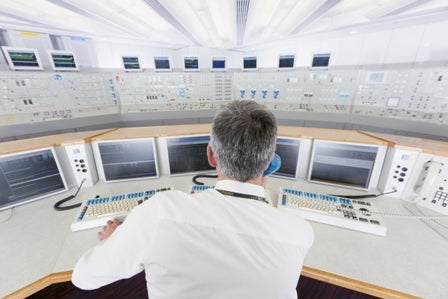 EDF Energy has announced that its eight nuclear power plants in the UK produced their highest output for seven years in 2012.

"This will help postpone the energy gap in the short-term, but underlines the need to move forward with plans to build the next-generation of nuclear stations to provide reliable, energy for the long term."

Some 41 million tonnes of carbon dioxide emissions were avoided with the output from nuclear power stations, when compared with the same output from fossil fuel generators, EDF said.

The company has attributed increased production to an annual investment of £300m in the nuclear power facilities, which is in addition to the £350m spent on plant operations each year.

In 2012, EDF Energy invested in skills development and training, and recruited 72 apprentices and 66 graduates.

Commenting on the performance the nuclear power plants, EDF Energy chief executive Vincent de Rivaz said: "This will help postpone the energy gap in the short-term, but underlines the need to move forward with plans to build the next-generation of nuclear stations to provide reliable, energy for the long term.

"After significant progress last year, a final investment decision on our new nuclear project in Somerset is now within reach. EDF Energy is building a robust business case for that decision.

"Progress with government on agreeing a price for the electricity from new nuclear through a 'contract for difference' is at the heart of that case and rapid progress on this is now needed to unlock the investment potential of a project, which is ready to go."