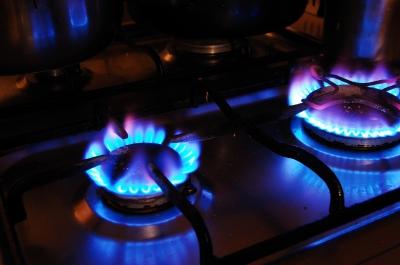 EDF Energy has said it will implement single-unit pricing for gas and electricity if all other suppliers also agree to adopt it.

The company said it has been requesting the energy regulator Ofgem to promote the single-unit pricing method since 2012.

EDF Energy plans to continue discussions with a range of consumer groups and other industry stakeholders on the proposed plan.

Energy prices are currently set regionally with some suppliers charging a standing charge and a price for each unit of electricity and gas consumed.

The introduction of petrol forecourt-style pricing would allow customers to have only one price, which is the unit price that can be compared between different suppliers.

EDF Energy managing director Martin Lawrence said many consumers are confused when it comes to identifying which tariff is the cheapest for them.

"By introducing a single unit price for electricity and gas, consumers would be left in no doubt as to which suppliers were offering the best deals. There would be no hiding place," Lawrence added.

"We recently found eight in ten consumers could identify the cheapest deal when using the petrol forecourt style single unit price, and 10,000 people have already joined our campaign in support of this change."

"We recently found eight in ten consumers could identify the cheapest deal when using the petrol forecourt style single unit price, and 10,000 people have already joined our campaign in support of this change."

EDF said for single unit pricing to work, Ofgem would need to create a central clearing house to remove the regional cost differences, which currently exist due to varying cost of distributing energy to different parts of the country.

Reacting to EDF Energy’s plan, Ofgem partner for retail markets and research Maxine Frerk said the regulator shares the company’s goal to make energy simpler, but it will not be easy to implement due to the number of payment options and special dual fuel packages and paperless billing that currently exists.

The energy regulator’s plan to simplify the energy market is expected to be included in the upcoming Energy Bill.

"Our retail market reforms will ensure that consumers benefit from a simpler market with fewer tariffs, clearer information to enable them to compare their options and fairer treatment from suppliers," Frerk added.

UK Energy and Climate Change Minister Greg Barker said: "We believe that single unit pricing could have merit and the Coalition is actively considering this approach as part of our energy tariff reforms.

"However, despite the attraction of greater transparency and clearer choices for consumers – which are at the heart of our new approach to energy market reform – there are potentially unintended consequences inherent with single unit pricing."

Last week, Ofgem announced new proposals to break the stranglehold of the UK’s Big Six energy suppliers, including EDF Energy, and impose fines if these firms do not conduct fair trade with smaller companies.

Image: EDF said the introduction of petrol forecourt-style pricing would allow customers to have only one price. Photo: Courtesy of FreeDigitalPhotos.net.