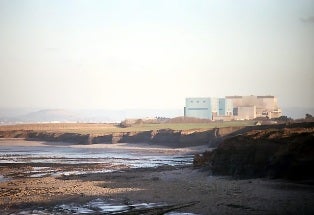 EDF Energy plans to begin its formal public consultation for a proposed nuclear power station at Sizewell in Suffolk, England in November 2012.

A draft statement of community consultation (SoCC) is being sent to local authorities in Suffolk to invite feedback for the Sizewell C project – marking the first formal stage in the consultation process.

Under the Planning Act 2008, consulting on a draft SoCC is mandatory and the energy firm will consider the council’s comments prior to publishing a final SoCC.

"It demonstrates our clear intent to progress our role at the forefront of the UK’s nuclear renaissance," Mayson added.

The company has also announced that the six-month examination of its application for Hinkley Point C power plant in Somerset has concluded.

"During this period a landmark agreement was reached with the local authorities to mitigate the impact of the development and support services such as education, training, transport and housing," said Mayson.

"As well as helping to supply new low carbon electricity for ten million homes, both these projects offer massive employment and economic opportunities for local residents and firms. We now look forward to the planning decision for Hinkley Point C and to working with the communities in Suffolk to develop our proposals at Sizewell including mitigating identified impacts."

EDF Energy said it has submitted over 50 documents and supporting appendices in response to written representations during the examination for Hinkley Point C.

The Hinkley Point C development is subject to planning consent and a final investment decision anticipated by the end of 2012.