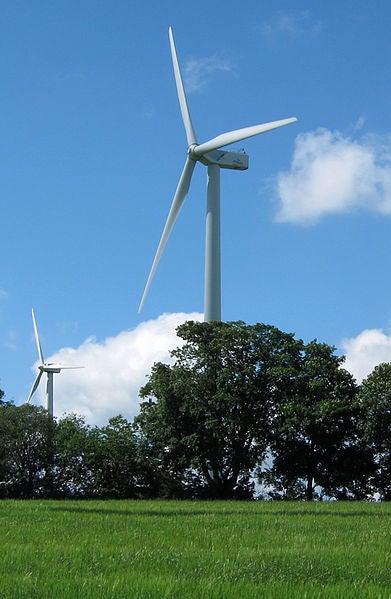 The 140MW Pacific Wind project, which consists of REpower MM92 turbines, is capable of generating enough electricity to power approximately 56,000 homes in the region.

Pacific Wind began operations in August, while the first phase of Catalina Solar is expected begin operation in December 2012.

Under two separate power purchase agreements, both the projects will deliver clean electricity into the grid for the benefit of San Diego Gas & Electric Company’s (SDG&E) generation portfolio – bringing total renewable megawatts under long-term agreements with SDG&E to 343MW.

EDF Renewable Services will provide operations and maintenance services for both projects.

The firm’s vice president for the Southwest region Mark Tholke said the two projects are the direct result of California’s renewable energy mandate as well as the federal production tax credit and the investment tax credit.

"These tax credits have created a substantial domestic wind industry, tens of thousands of American jobs and millions of dollars in local economic benefits for the communities where renewable energy projects exist," Tholke added.

Commenting on the new power projects, SDG&E electric and fuel procurement vice president Matt Burkhart said: "These two renewable projects are significant not only to SDG&E’s customers, but to the entire state of California in its efforts to meet aggressive environmental goals."

Image: The total installed wind power generation capacity in the US comes to 51,630 MW. Photo: courtesy of Neptuul.