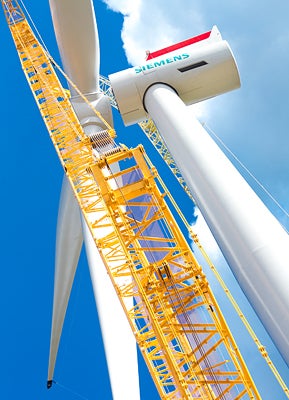 EDF Renewable Energy has announced that the 161MW Spinning Spur Wind Project in the US state of Texas has entered operation and is now supplying electricity to the regional transmission grid.

Located in Oldham County, about 30 miles west of Amarillo, the wind project is comprised of 70 Siemens 2.3MW turbines.

Under a 15-year power purchase agreement, clean electricity generated at the wind farm will be sold to Southwestern Public Service Company (SPSC), a wholly-owned subsidiary of US-based utility Xcel Energy.

US-based Cielo Wind Services participated with EDF Renewable Energy in the construction management of the project.

Image: The 161MW wind project in Texas will produce enough clean electricity to power about 50,000 average homes in the region. Photo: courtesy of Siemens.