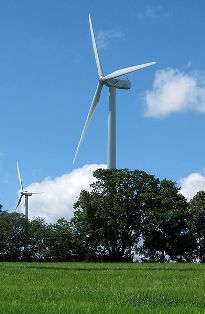 The company, formerly known as enXco, celebrated the development and construction of the wind project this week with a blade signing ceremony.

A total of 50 2.05MW REpower turbines were installed at the wind farm, replacing or removing about 235 Kenetech 100kW turbines that were originally installed in 1989.

EDF Renewable Energy president and CEO, Tristan Grimbert, said that the development of renewable energy could provide economic benefits to the country with the support of policy makers, companies, landowners and community leaders.

Under a 25-year contract, Pacific Gas and Electric Company, a unit of US-based PG&E Corp, will purchase the electricity at the wind farm to power over 40,000 homes in the region.

EDF Renewable Energy, which developed and built the Shiloh IV wind project, will provide operations and maintenance services for the life of the project.

Shiloh IV Wind Project is the largest project in the US to undergo repowering from older technology to a newer one for generation of clean energy.