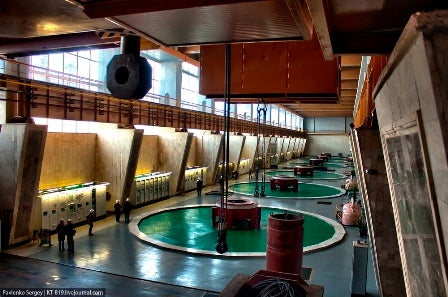 UK-based Ellis Patents has won a contract to supply its extra-high-voltage (EHV) cables to a unique Hydro Accumulative power plant in Moscow, Russia.

Located in Moscow’s Sergiev Posad area, the plant will generate electricity by using two lakes at different altitudes, according to Ellis.

Upon completion, the plant is expected to produce about 1,200MW of generated power and 1,320MW of consumable power that helps meet rising demands in the region.

Systec senior project manager Pavel Udovitsky said: "We knew that Ellis had developed a cable cleat for EHV cables and when we spoke to them about the benefits it would bring to this project, the answers they provided left us in absolutely no doubt that its Centaur cable saddle was the ideal specification option."

Designed in-house as a heavy-duty extruded aluminium saddle cleat, Ellis’ Centaur is claimed by the company to address a serious safety issue associated with the high-voltage (HV) and EHV cables of 160mm size.

Ellis’ export sales director Tony Conroy said the cleats on cables of heavy size were not considered as part of the British or European Standards around 2008 when Centaur was introduced.

"This meant those specifying such projects were very much in the hands of the manufacturers, who in most cases simply provided warranties for their products," Conroy said.

According to Conroy, no product available around then were short circuit tested, which led to the issuance of warranties based on mere calculations and mechanical tests.

"As such there was no proof the saddle cleats being used would withstand the most testing elements of the job they’d been bought for," Conroy added.

In the July 2012, Ellis received a similar contract, where it was specified by a German cable manufacturer S?dkabel to install the Centaur cable saddles in National Grid’s London Power Tunnels project.